Whatever it will be called, Android Q is the next upcoming version of Google’s popular mobile OS, and even though it seems like Android Pie was rolled out just a few months ago, the fifth Android Q Public Beta is already here to give you a sneak peek of the new features and improvements coming to the OS.

However, the final public release is expected to be made available in Q3, most probably August 2019 – according to Google itself. Take a look at Google’s timeline for Android Q updates:

Unlike its predecessor Android 9 Pie, which introduced several new features to make the operating system smarter, faster and more tailored to users, Q fosters the innovation and emphasizes on tightening the security and privacy of users, making the system far better than ever before. Essentially, Android Q isn’t about what’s new but is about what’s better!

Wondering what else the new version of the OS will be offering? We’ve taken the plunge and here are all the new features and enhancements that will ship with the 10th major update and the 17th version of Android.

Given that 2019 will be the year of foldable screen smartphones with the arrival of devices like the Samsung Galaxy Fold, Huawei Mate X, and Motorola Razr Fold, Google has fully-optimized the OS for foldable-specific features and experiences, ranging from multi-tasking to adapting to different screen dimensions as you bend or unfold an Android device. Here is a video from Google showing how the OS will work on foldable and large screen devices.

One of the many things that make Android so great is that the operating system gives users the ability to customize their phones to the fullest extent. And, with the same thing in mind, Google has introduced several new accent colors, including Cinnamon, Black, Green, Ocean, Space, Orchid, and Purple, in Android Q. 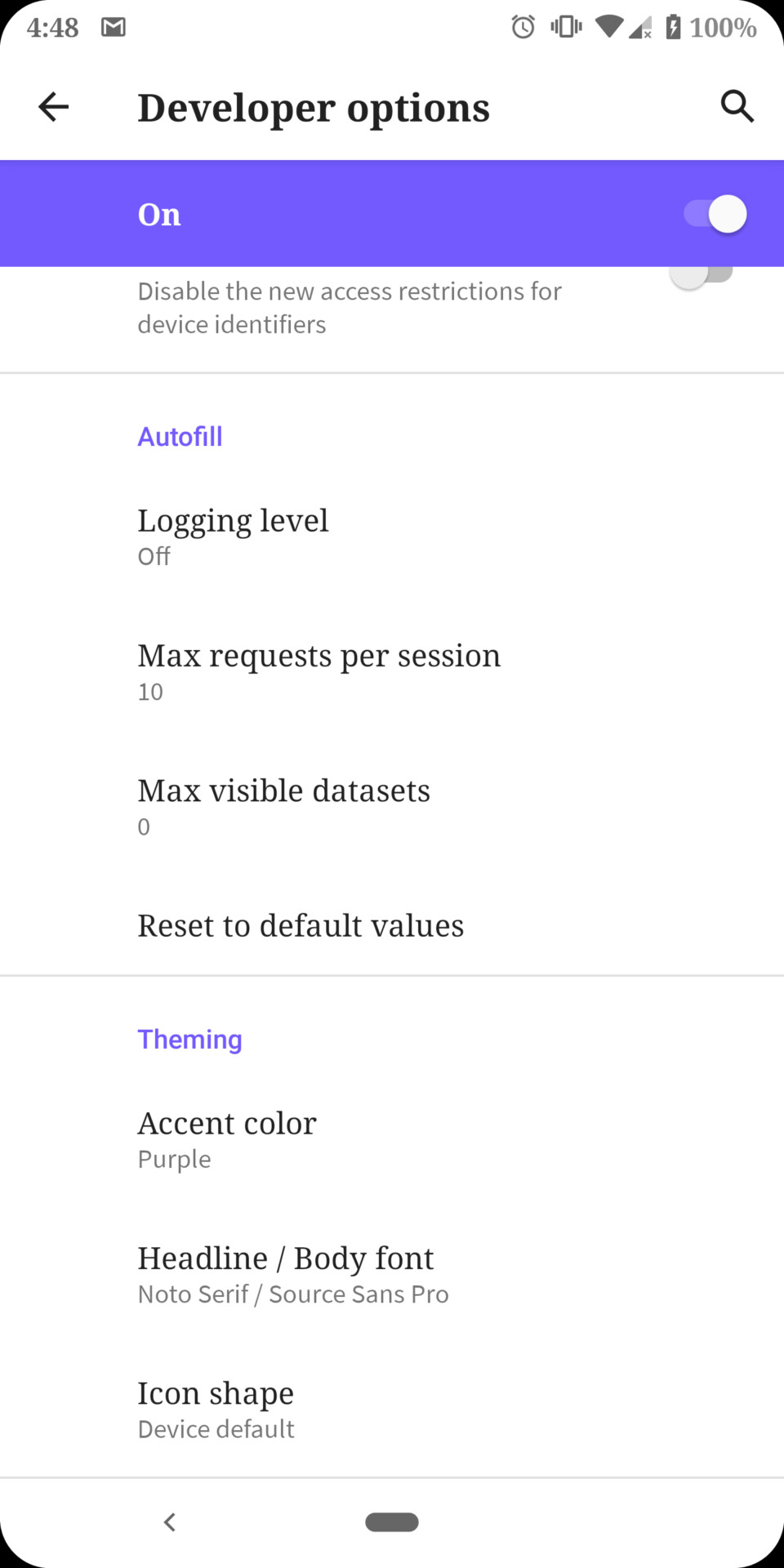 Once you access it, you can even tweak headline/body font and shape of icons to something that fits your user interface needs. 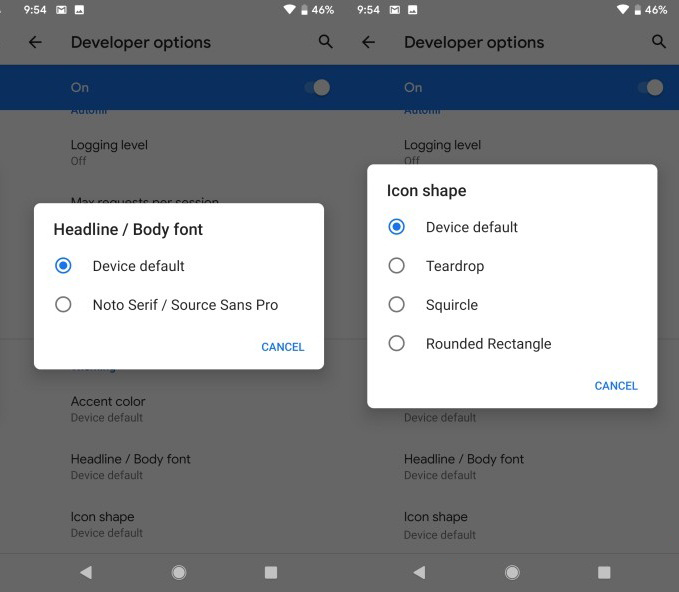 Privacy has always been a big concern for Android users, and with Android Q, Google is going to revamp several permission settings, from the general to specific, to give users more control over what exactly apps on your device have access to.

The most significant of these changes is the location access. Starting Android Q, you’ll be able to control when an app can see your location: when the app is running, all the time, or never. Let’s see in the picture below. 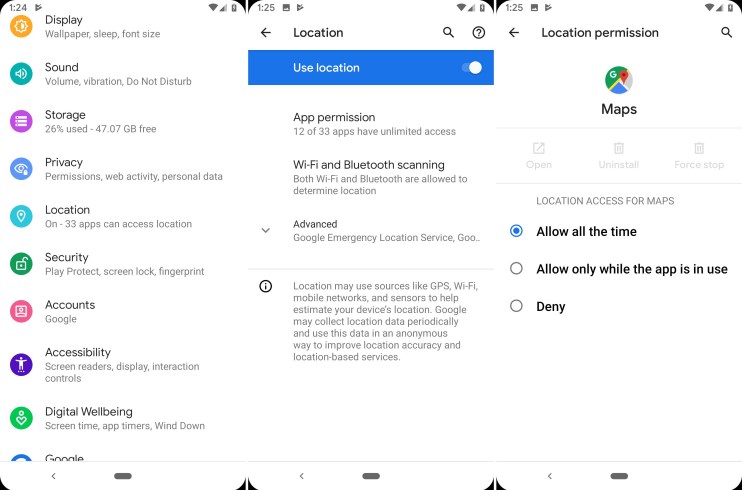 Additionally, through new runtime permissions, users will be able to control apps’ access to shared audio, video, and image files.

A native screen recorder is finally coming to the Android Q. Means, in the new version of Android, you’ll be able to record your screen without any third-party app.

The new feature can be accessed and used similarly to how you take screenshots: just long-press the power button, tap and hold on the screenshot button, and then you’ll be able to see a small screen recording pop-up with ‘Start Recording’ button there!

A Better and Faster Sharing Menu

Many Android users complain that the platform’s sharing menu is unintuitive and it takes ages to load, no matter what phone they are using. Fortunately, Google has boosted the speed of the sharing menu to a large extent in Android Q.

To make sharing files a quicker process, Google has even introduced “Sharing Shortcuts”, which allows users to promptly share anything in a specific part of an app.

If you’ve ever used Facebook Messenger on Android, you should already be familiar with Chat Heads. As first appeared in Android Q Beta 4, Google is probably going to adopt the same feature and the implementation will be system-wide. Here is an example: 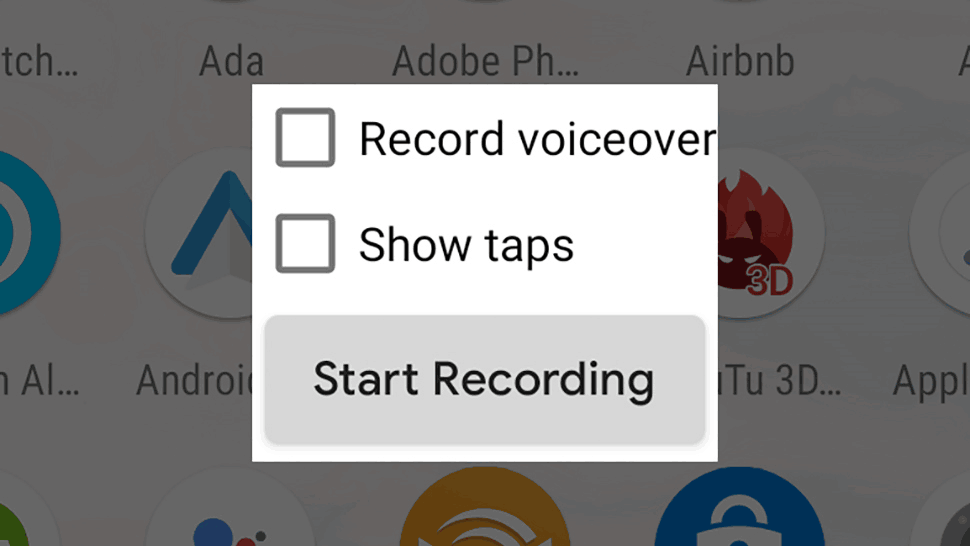 Notification Bubbles are expandable, collapsible, can go anywhere and float over other apps. They are essentially Google’s attempt to provide Android device owners with a new way to multitask and re-engage with apps – utilizing the Android’s screen overlay feature.

When a camera equipped with multiple lenses snaps a picture, the depth information is stored along with the picture itself. Starting with Android Q, third-party apps with the photo-editing capabilities will be leveraging this information to allow users for creating ‘specialized blurs and bokeh options’ even after taking a photo.

Furthermore, the new, Google-pushed standard can be used for AR photography or to create 3D photos in the near future.

This means the triangle (back), circle (home) and square (all apps) buttons will be replaced with a fully gestural navigation. However, you can still switch between 2-button or 3-button navigation, as shown in the snapshot below:

While you would already be using the gesture-based navigation system in Android P, Q introduces a new set of iPhone-esque gestures and animations along with ditching the back button in favor of swipe gestures for the first time.

The revamped gestural navigation system is neither default nor mandatory. You can enable it under Settings > System > Gestures.

Following the footstep of iOS, Google is finally making the long-awaited and most rumored Dark Mode official in Android Q. Although the search engine giant calls it a Dark Theme, it is essentially a truly system-wide dark mode that gives your phone a brooding black-hued look and saves battery on phones with OLED displays. 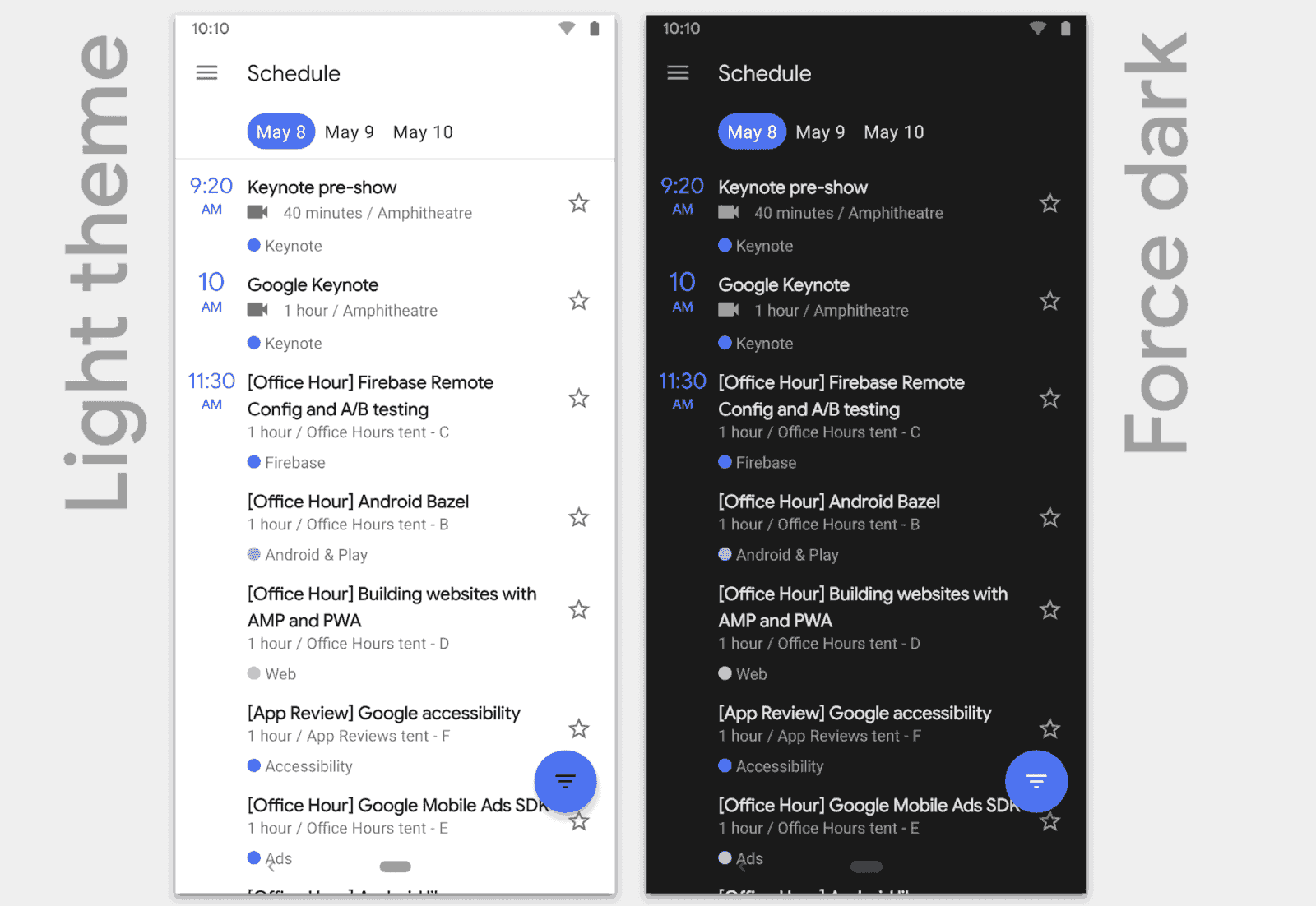 You can easily turn the new mode on/off the Quick Settings menu. What’s more interesting is that you can even force apps to run in dark mode by going to Settings >> System >> Developer options >> Override force dark. The Dark mode seems to work flawlessly in most stock Android apps and is expected to work in third-party apps as well.

Smart Reply for All Messaging Apps

While Smart Replies have been already available for Gmail and Messages, they have been fully integrated into the notification system of Android Q. Thanks to on-device Machine Learning! 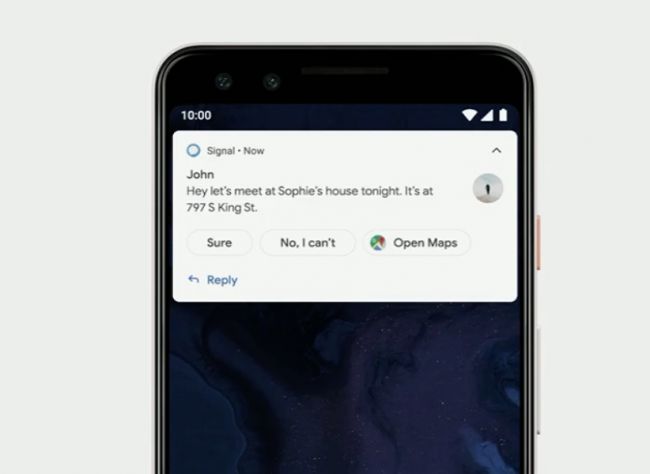 Along with suggesting pithy responses for your text messages, the upcoming version of Android will also intelligently predict your next action. For instance, if someone sends you an address, you can just tap on it to open it in Maps.

The Death of Android Beam

Android Beam, which allows for peer-to-peer file sharing via NFC, won’t be available in Android Q. Alternatively, you can still use Files by Google app that uses a combination of Bluetooth and local Wi-Fi to let users share files with others having the app.

To make content even more accessible for 466 million deaf and hard-of-hearing people around the world, Google is adding a new feature, called Live Caption, to Android Q. Leveraging on-device AI and Machine Learning, Live Captions automatically caption media that is playing audio on your Android device. As soon as the speech is detected, Live Captions start appearing in near real-time on your phone’s screen.

The new feature, which works with videos, podcasts, audio messages, Google Duo calls, and even stuff you record or shoot yourself, works system-wide and can be enabled via the Accessibility settings menu in Android Q. As Live Captions doesn’t require an internet connection to work, they also work even when your device is in Airplane Mode.

Introduced in Android 9 Pie, the Digital Wellbeing feature has also received a new feature called Focus Mode that lets you block specific apps so you can focus on other important tasks without any distraction. Simply select apps that you see as potential distractions and you’ll be unable to access them until Focus mode is turned on.

Additionally, Google has also beefed up parental controls with a new feature called Family Link, using which parents will be able to set limits on the usage of specific apps as well as can grant bonus time if their kids want to use an app a little bit longer.

Hopefully you would find this article valuable and informative. Feel free to contact us if you’re looking for a reliable Android app development partner to develop or upgrade your app to the latest version of OS.