Almost like clockwork, Apple releases a new version of its next-generation iOS mobile operating system every summer, and this year is no different. As expected, during the opening keynote presentation at its World Wide Developer Conference (WWDC), the company took the wraps off the next version of its operating system, named iOS 13, which opens up a whole new world of possibilities in the iOS app development world.

While the new version of iOS is destined only for iPhone and iPod Touch 7th Generation, Apple split off a new OS just for iPad devices. The new iPad-only operating system is called iPadOS and indeed a more powerful and capable version of iOS specifically designed for larger-screen tablet devices.

Probably the single most awaited change and perhaps the biggest visual update Apple made to iOS since iOS 7 is the addition of a new system-wide dark color scheme, called Dark Mode.

Introduced specifically for low-light environments, the new mode not only works seamlessly across all native apps but also can be easily integrated into your favorite third-party apps. Even, even notifications and the dock get these new dark hues as well. 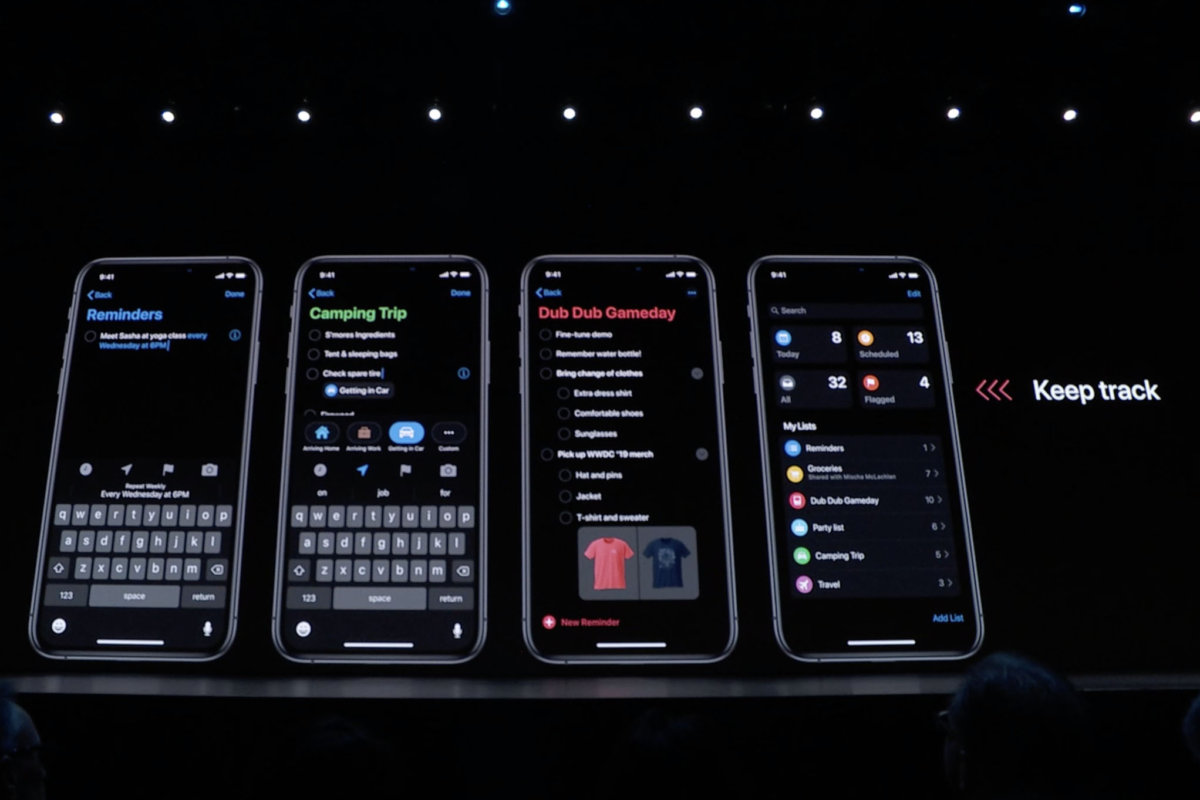 Using the Control Center, you can turn the Dark Mode on or off manually and can even schedule it to turn on automatically at sunrise/sunset or at specific times of the day.

While Apple placed a huge emphasis on cleaning up bugs and improving the performance of the operating system especially on older devices with last year’s iOS 12 update, the company has continued the same in iOS 13. 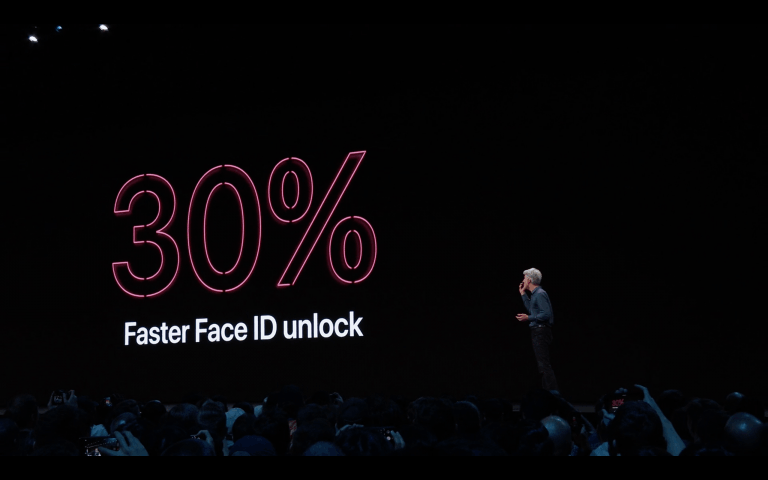 According to Craig Federighi, SVP of Software Engineering, iOS 13 will be packed with several performance improvements, making the entire system more responsive and faster than its predecessor iOS 12. Promisingly, the new version of iOS will offer: 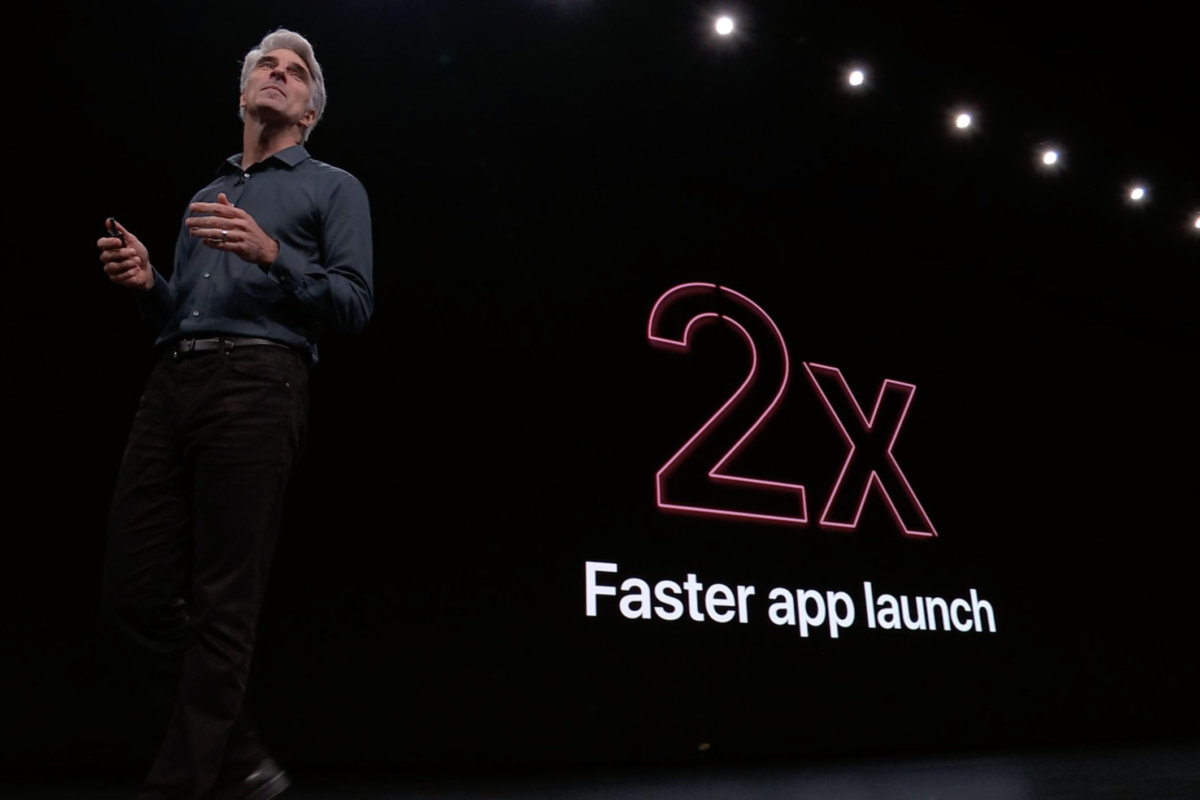 #Improvements to Photos and Camera

As part of Apple’s upcoming iOS 13 update, your iPhone is going to receive a lot of new features for both Photos and Camera apps. Leveraging the power of on-device machine learning, Photos now curates the entire library to highlight your best moments from every day, month, and year. Also, it offers several powerful tools to make Photo and Video editing more comprehensive and intuitive for users. 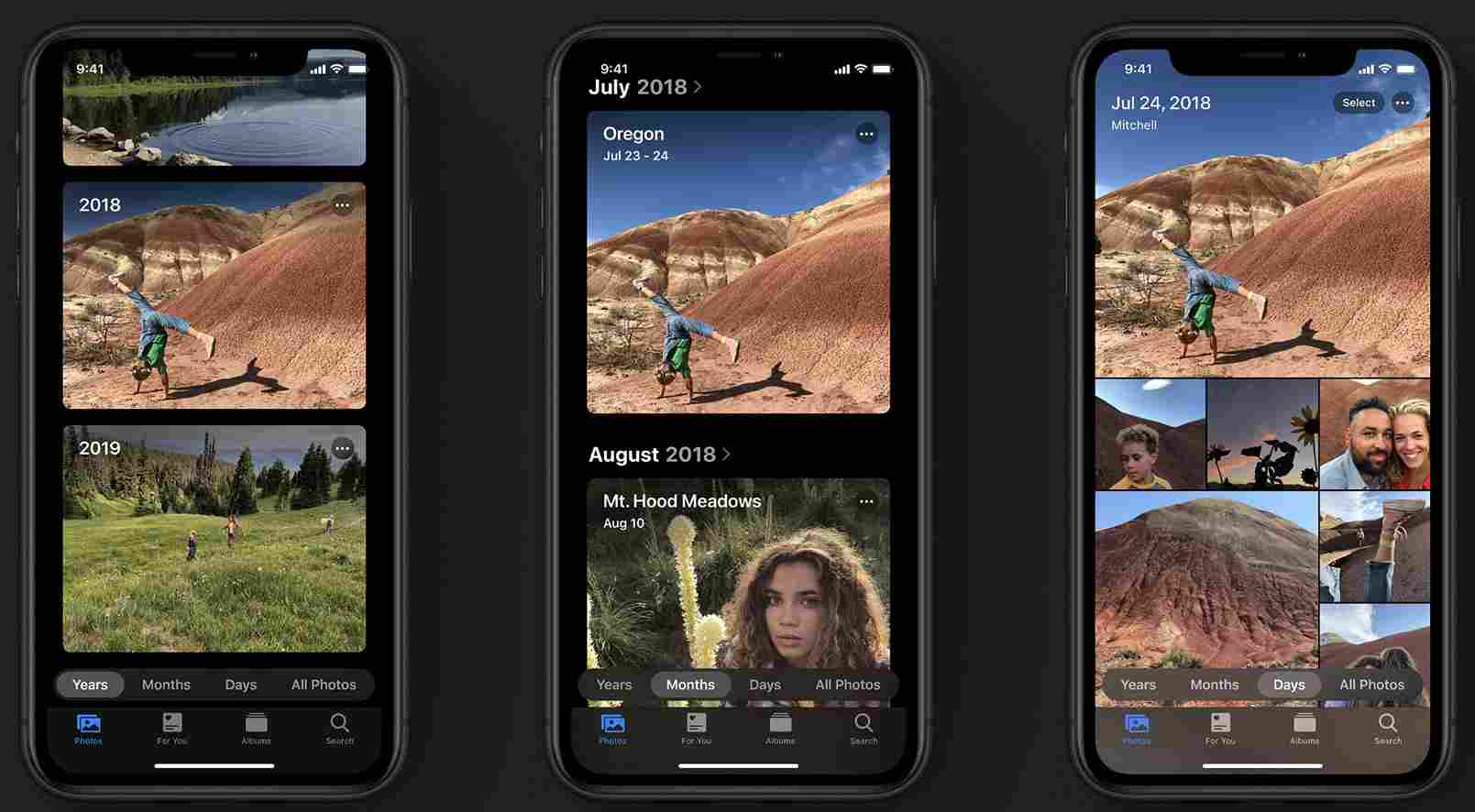 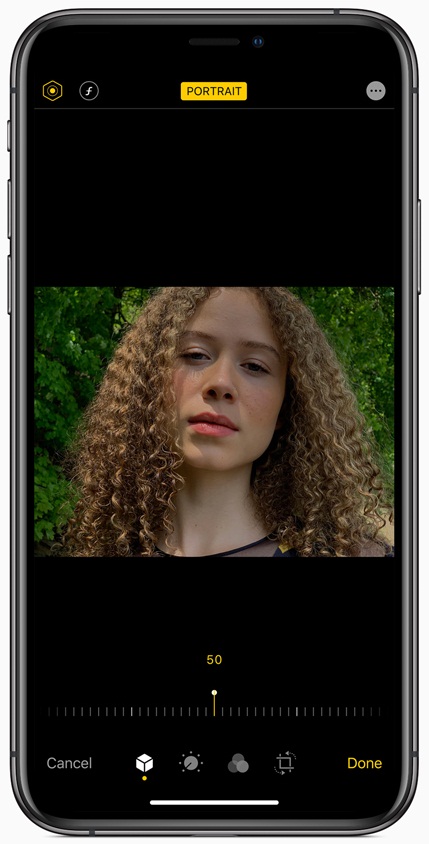 Starting iOS 13, you’ll be able to sign into third-party apps and websites with your Apple ID with a very minimal amount of information, just like you currently do to sign into Google and Facebook. No more filling out forms, choosing passwords, verifying email addresses or using social media accounts. Just tap Sign In with Apple, authenticate with your Face ID or Touch ID, and you’re all set!

While the new easier and more private way to sign in works everywhere from all your Apple devices to the web to your favorite apps on Android or Windows, it also requires your Apple ID to be protected with two-factor authentication, giving you even more security. Moreover, you can choose to share or hide your email address or can even create a random email that forwards to your actual email address. 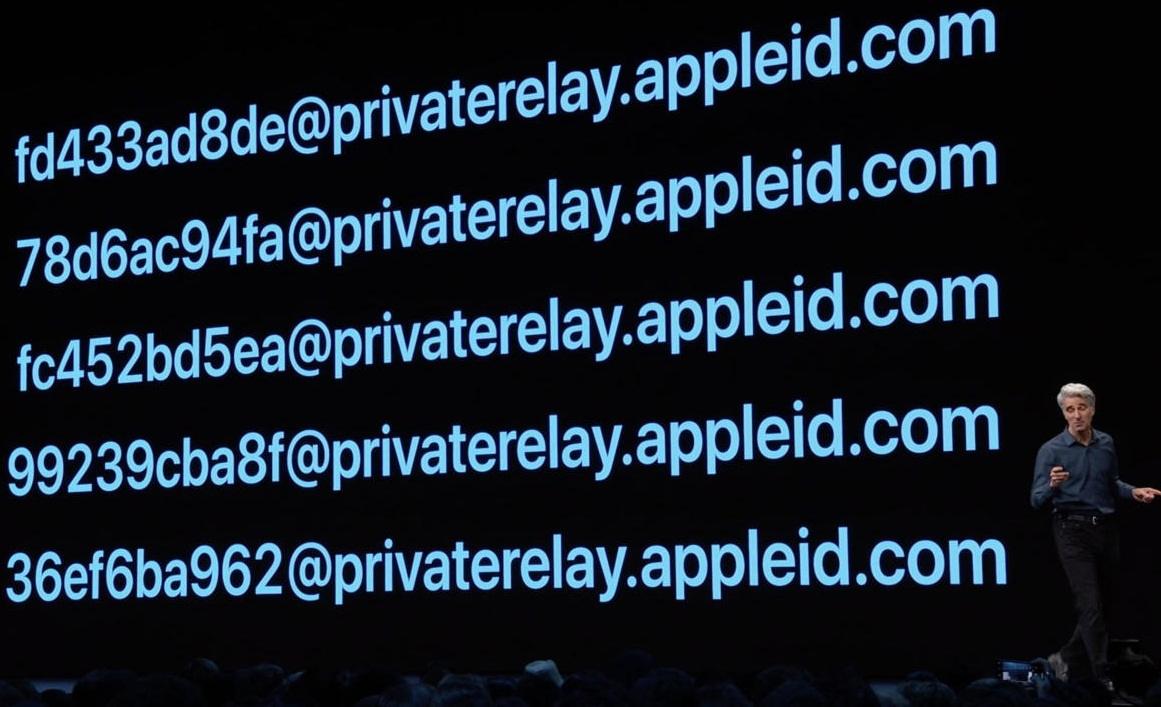 #Improvements to iMessage and Memoji

Instead of showing just the phone number or email and a blank spot, the improved iMessage app will automatically share your name and photo with the person you start a conversation with. You’ll even be able to use your customized Memoji and Animoji characters in Messages, Mail, and third-party apps. 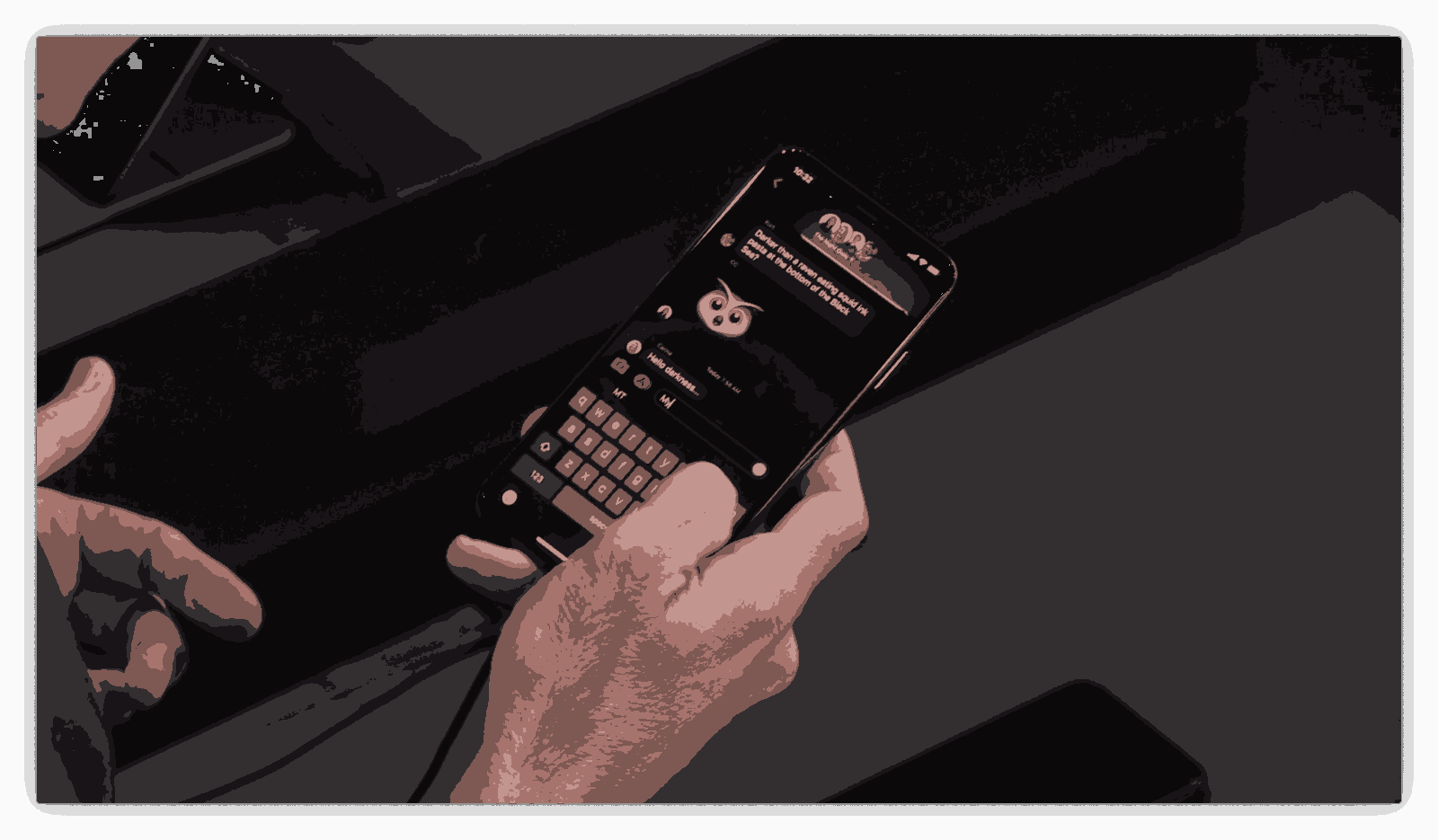 Also, searching in the Messages has got better, making it easier to find what you’re looking for. Moreover, the company has introduced three new Animoji characters in iOS 13 so that you can better express yourself.

#A New Find My App

The rumors were right! Apple has merged its old Find My Friends and Find My iPhone apps together into a single, easy-to-use app, simply called “Find My”, which lets you locate both your missing devices and loved ones at the same time. 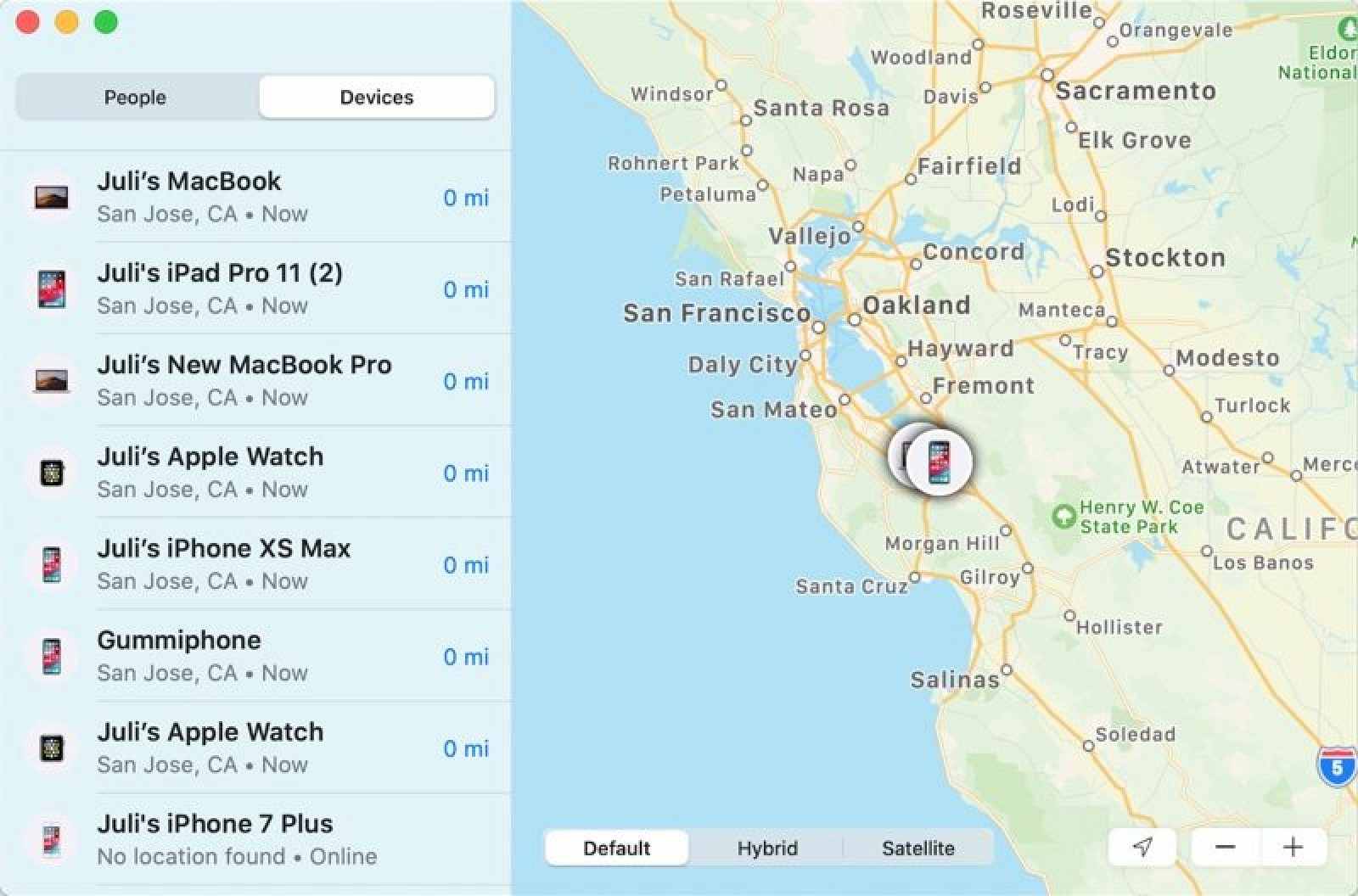 With crowd-sourced location services, the new app can also find your offline devices, simply by sending a secure Bluetooth beacon to other devices and then sending it back to Apple and your device.

Apple Maps has been rebuilt from the ground up and it now delivers users a significantly improved and more realistic experience with:

Apart from that, the company has also added a Google’s Street View-style imagery mode to Apple Maps, called ‘Look Around’, which looks more 3D-like and gives users a 360-degree view of a place. 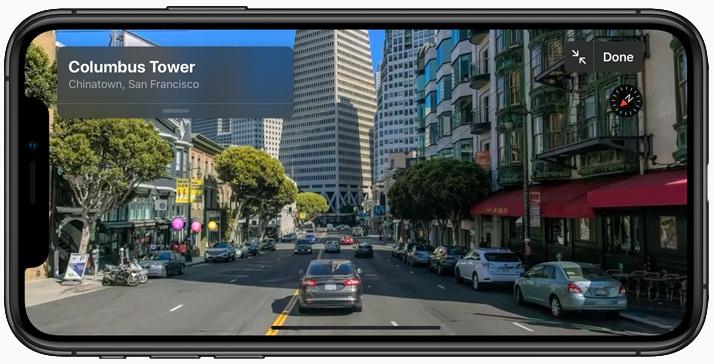 While the updated Maps app is available now in select cities and states, it will roll out across the rest of the US by the end of 2019 and internationally next year. 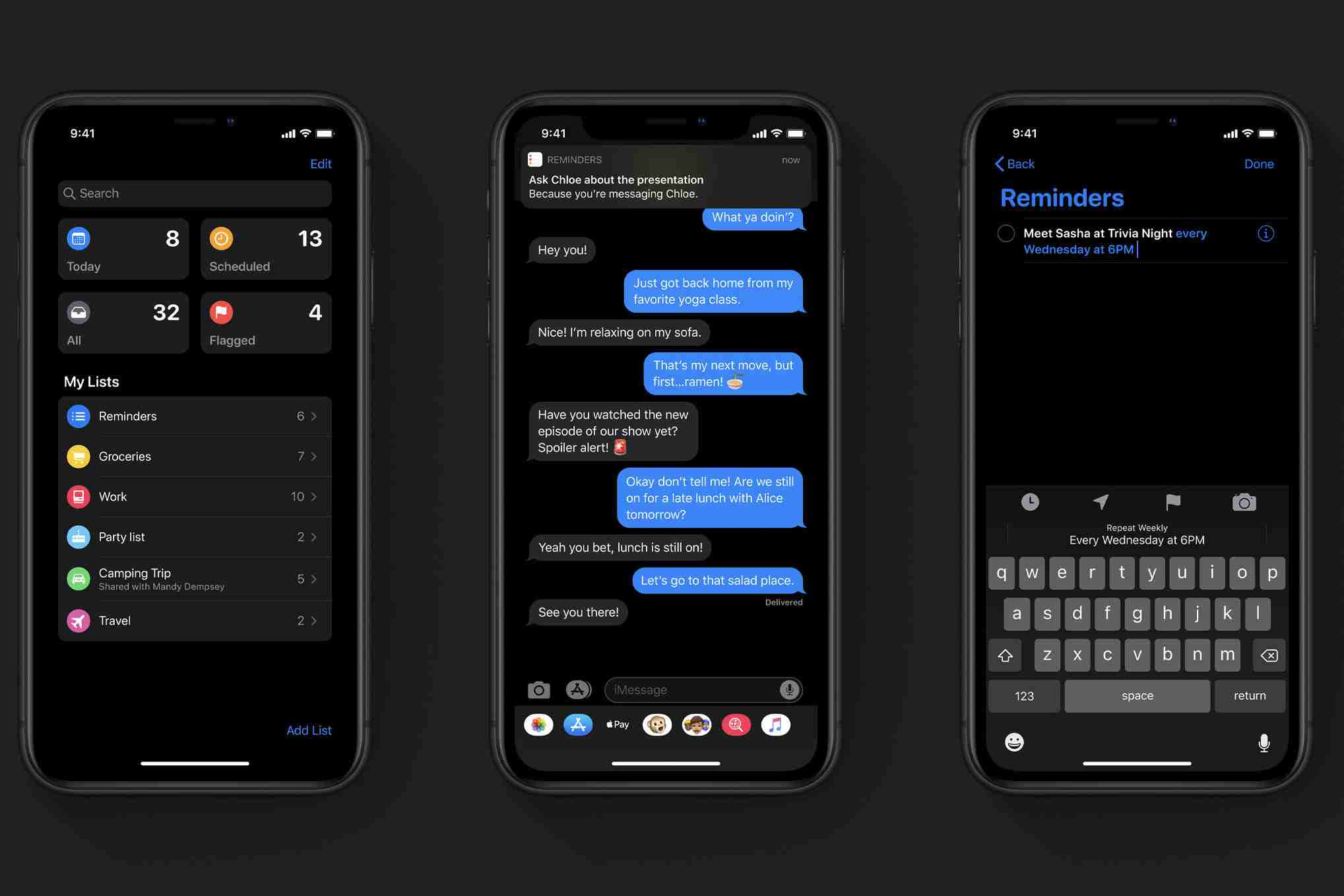 New and Improved Notes: Notes is now equipped with a new Gallery View and more powerful search, helping you quickly find the note you’re looking for.

A More Personalized Health App: The revamped Health app not only provides you a clearer picture of your overall health but also offers a new Cycle Tracking feature to help women track data about their menstrual cycle. 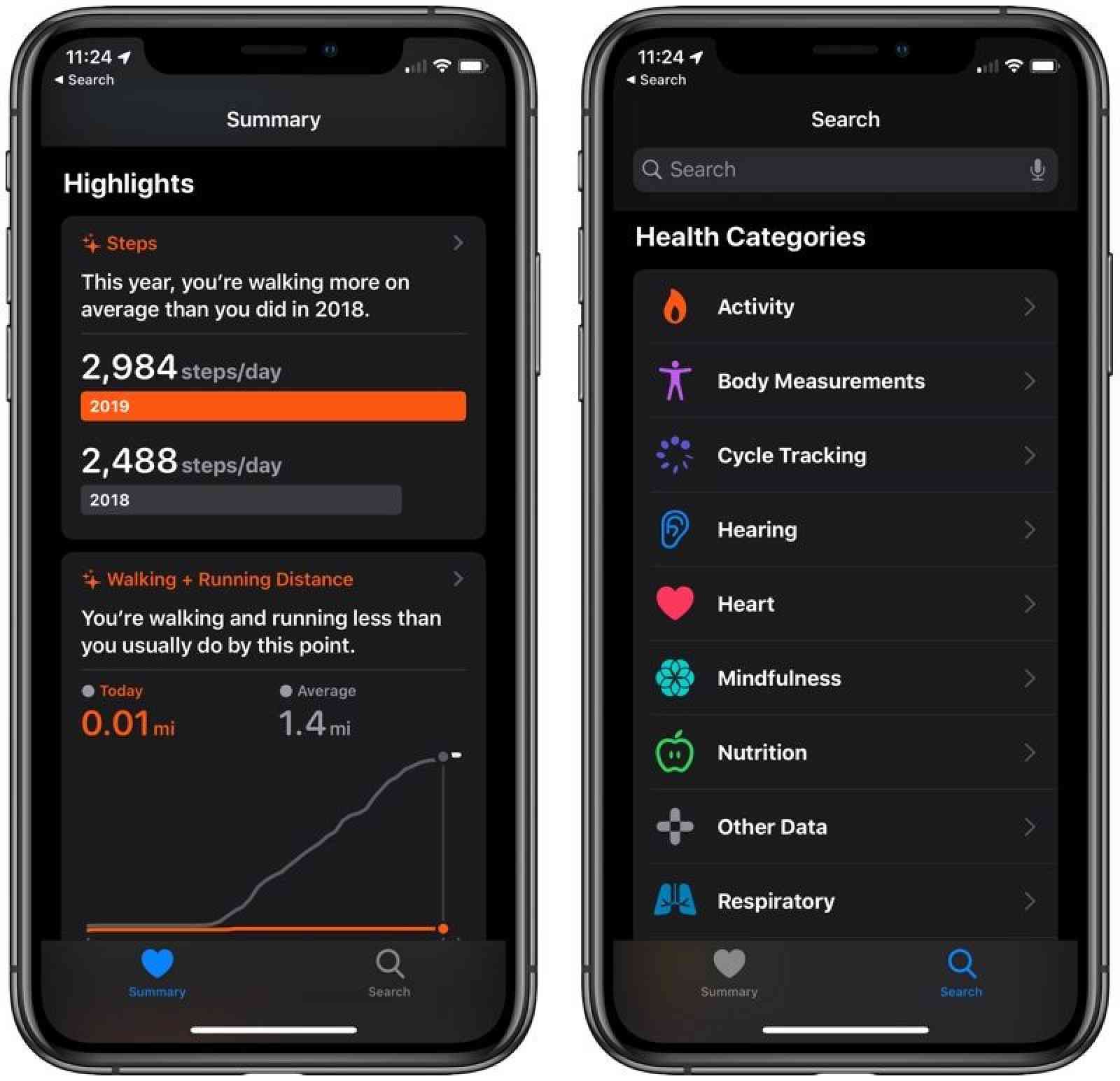 A More Advanced Files App: The Files app now gives users the ability to access, manage, and organize files on external storage devices like USB drives, SD cards, and hard drives. Also, it allows you to share folders with your loved ones in iCloud. 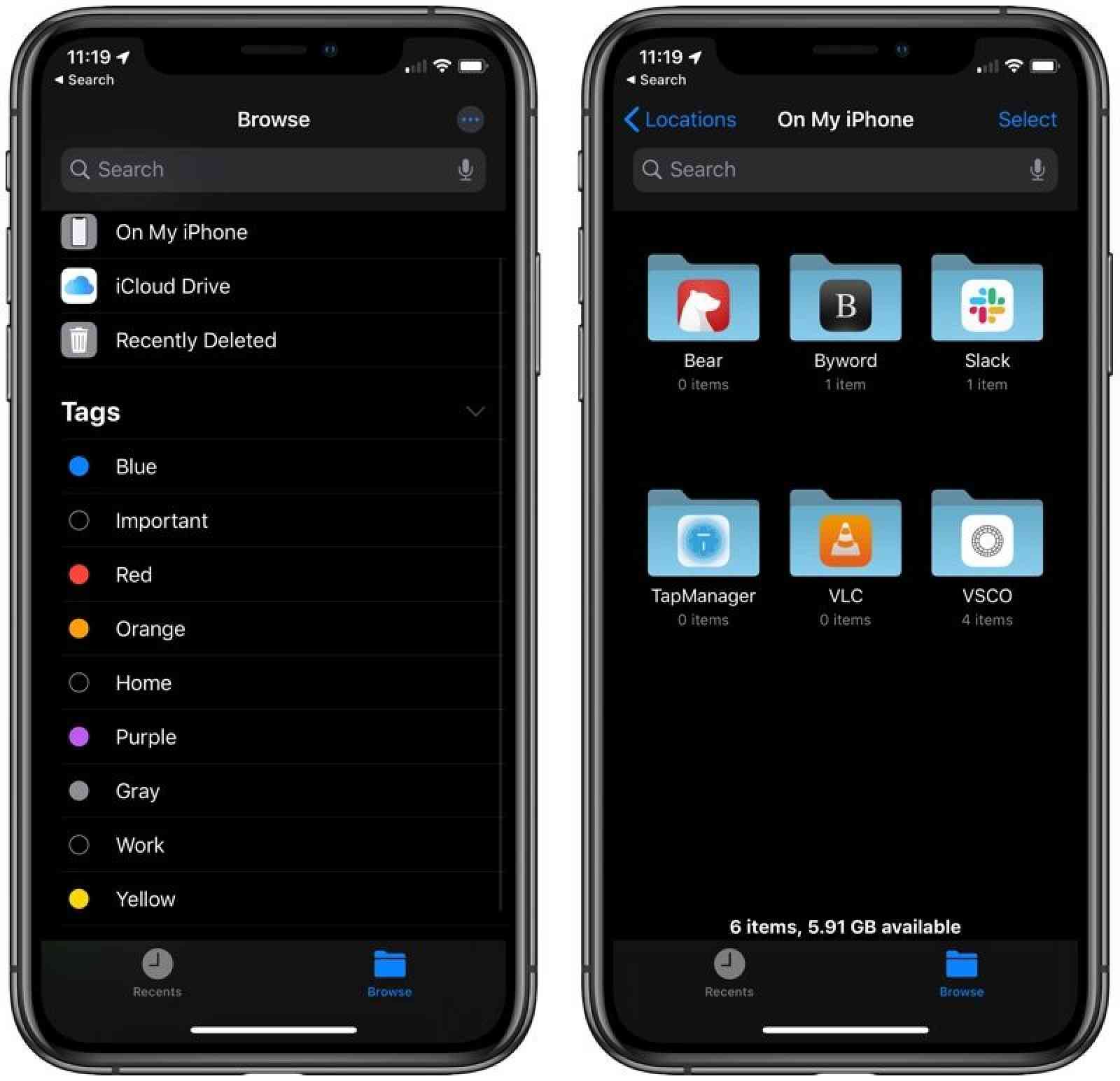 QuickPath Typing: This new feature has been added to the QuickType keyboard in order to enable one-hand typing. Means, in iOS 13, users will be able to type just by swiping from one letter to the next. 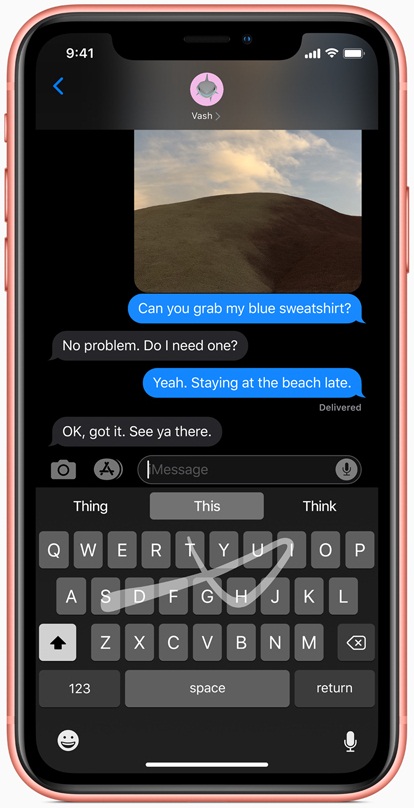 Smarter, Smoother Siri: With an advanced neural text-to-speech technology, Siri sounds more natural than ever in iOS 13. It now works better with the HomePod, CarPlay, and Safari as well as can read incoming messages as soon as they arrive with AirPods. 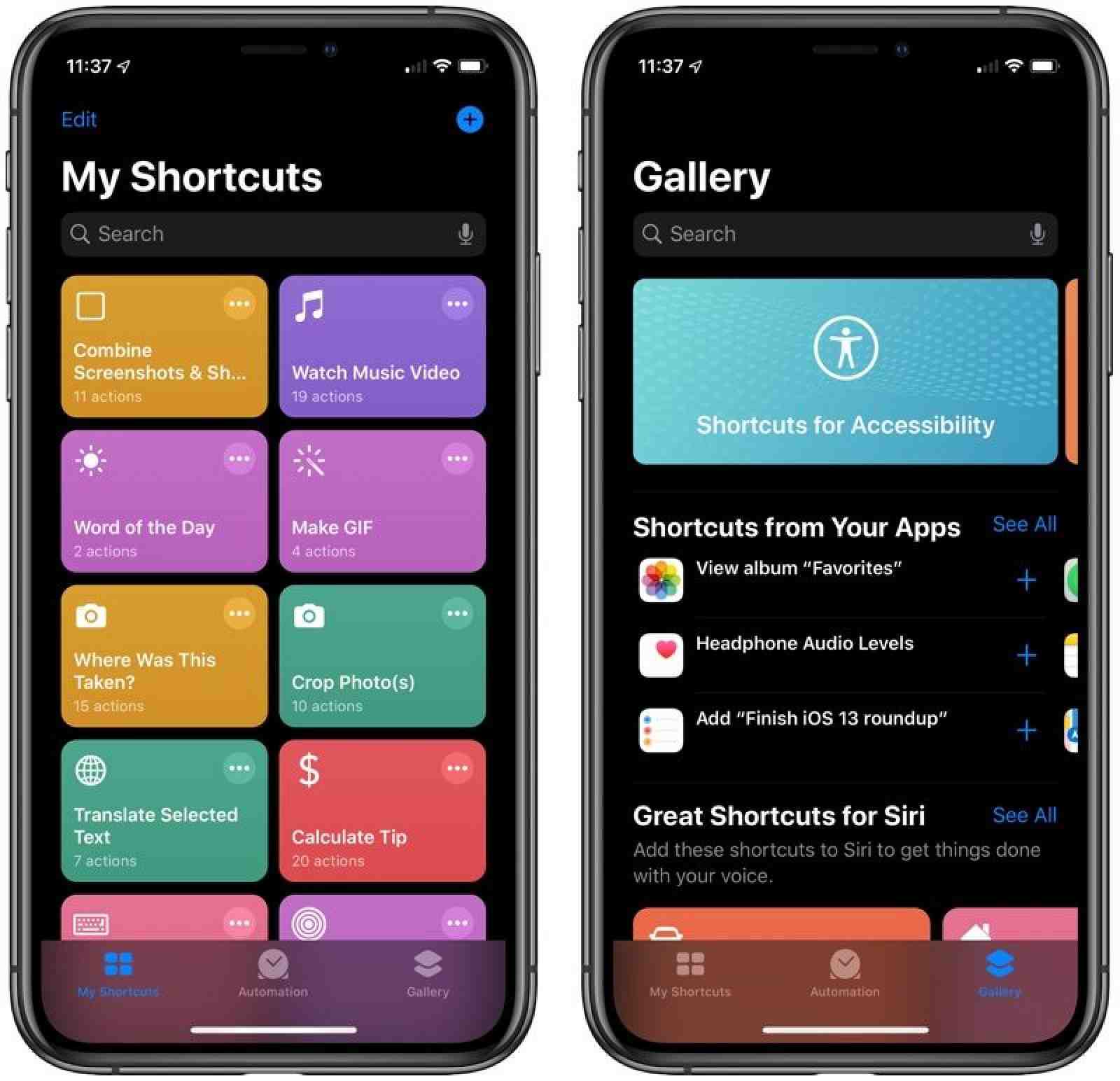 CarPlay Overhauled: CarPlay gets its biggest update ever with an all-new Dashboard to view maps, audio controls, smart Siri suggestions, and more in a single view.

Updates to Apple Mail and Safari: While Apple Mail is set to get new text formatting tools, Safari gets an improved start page featuring favorites, smart Siri suggestions, frequently and most recently visited websites, and more. 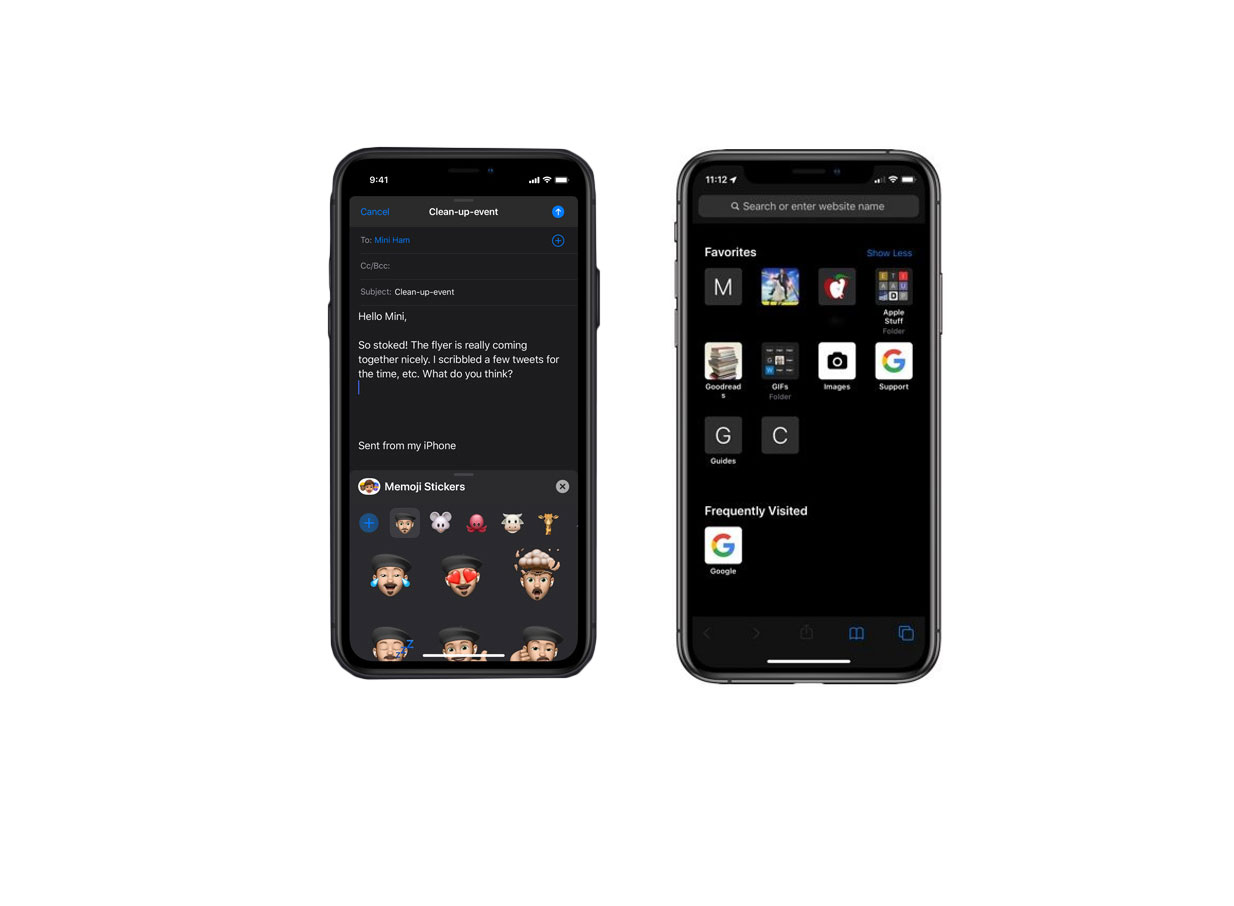 While developer beta for iOS 13 is already available to download on Apple’s dedicated iOS developer website, public betas are expected to be made available sometime in July. The final public version will be available in Fall 2019.

Here is the full list of the iOS 13 compatible devices: