The first major WordPress release of 2021, 5.7, is just around the corner! Unlike the last release, WordPress 5.6, which introduced a brand-new default theme and core support for PHP 8, the new version revolves around facilitating Full Site Editing via Gutenberg editor. Additionally, WordPress 5.7 is also the first of four releases planned for this year.

If you have not familiarized yourself with what’s new coming to WordPress 5.7 yet, now is the time. Let’s take a quick dive into new features and enhancements that WordPress 5.7 will be bringing to end-users and developers.

For End-Users – Improvements to Gutenberg Editor

Given that users spend most of their time writing and editing content, version 5.7 tries to enhance the overall content editing experience through several improvements made to the Gutenberg block editor. Below are some of the most notable new features of the Block Editor in WordPress 5.7:

If you like using the full-height layouts for blocks such as group, cover, and columns, this feature is for you. In WordPress 5.7, you’ll be able to expand the height of these blocks to fill the entire viewport. This allows you to create stunning full-screen layouts with a few mouse clicks. Earlier, you had to write custom CSS or build your own block to achieve this. 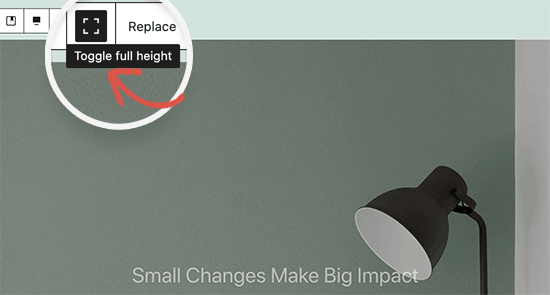 WordPress 5.7 will allow you to drag individual blocks and block patterns from the ‘Add new block’ (+) inserter and drop them wherever you want into the post canvas. This will cut down your time spent creating a page or post.

Starting with WordPress 5.7, the Buttons block will include an option for vertical alignment. You can choose from a preset percentage width for your buttons.

Another remarkable improvement in the Gutenberg editor is that it allows you to adjust the font size in the Code and List blocks.

WordPress 5.7 will show the icon and description of a block variation in the Inspector control panel. You’ll be able to view them when you hover your mouse over any of the icons. There is also a dropdown given to lets you switch between the variations. 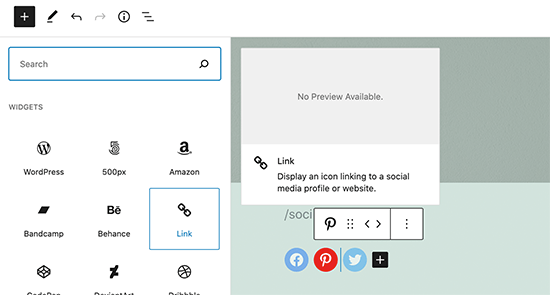 WordPress 5.7 will allow you to change the size of the icons in the Social Media Icons block.

Several improvements have been made to enhance reusable blocks’ stability and usability. Reusable blocks are now saved simultaneously when the post is saved.

For Developers – Improvements to the Core

WordPress offers a limited set of Admin color schemes. Introducing new ones was challenging for developers as they had to deal with a Sass variable-based system that the CMS uses to generate CSS files.

The latest version of WordPress brings an update to the Admin color palette. It collapses all colors to a single palette that produces higher contrast and is much easier to read, making Dashboard more accessible.

WordPress 5.7 will make migrating a site from HTTP to HTTPS much easier for everyone. You’ll no longer have to use any plugin to migrate your website to HTTPS. The process is now a one-click interaction!

Now, if your site supports SSL (HTTPS), you’ll see a button saying ‘Update your site to use HTTPS’ in the Site Health Status. Clicking that button will automatically update all the URLs in the database to HTTPS. 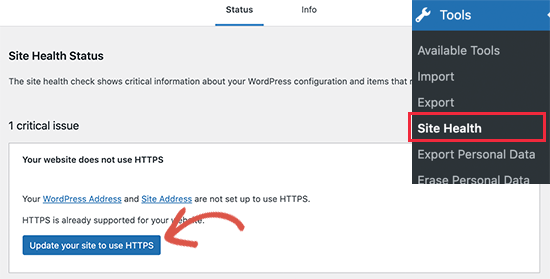 It’s a small improvement but will prove extremely useful!

The CMS already implements a lazy loading technique for image files, but version 5.7 introduces lazy loading for iFrames such as YouTube videos to speed up your WordPress site. To enable lazy-loading of iFrames, all you need to do is add the loading=”lazy” attribute to iframe tags on the front-end.

The upcoming WordPress version introduces a new filter-based Robots API to give you better control over what goes into the Robots meta tag for each page and post on the website through code.

WordPress 5.7 will introduce a new function, wp_robots, using which developers can add their own filters to modify the Robots meta tag. Here is an example of how it would work:

For instance, the new update will add a max-image-preview:large to the ‘robots’ meta tag by default, allowing search engines to display large previews of images in search engine result pages.

The tag will be automatically hidden for websites having search engine indexing turned off in the settings.

That’s all about WordPress 5.7! If you face any issues while upgrading to the latest version of the CMS, get in touch with our WordPress development experts right away.