There was a time when HTML5, CSS3, JavaScript, PHP, and MySQL were used to be the main web development technologies to develop a website or web application. However, with the emergence of several new web development technologies, tools, frameworks, and languages in the last few years, it has now become quite challenging for one to decide what to learn (and what to skip).

Leveraging the power of web development tools and technologies comprised in the MEAN stack, you can create a website or application in pure JavaScript. While MEAN began to gain popularity a few years ago, it’s now in full swing and being used on a large scale as one of the key web development technologies by major companies such as Netflix, Google, PayPal, and Uber.

With over 5,000 job postings worldwide, Python has been one of the most popular and trending web development technologies over the last few years. If you haven’t added Python to your set of to-learn web development technologies yet, it’s now the perfect time to start learning this high-level programming language already fueling scientific computing, machine learning, and data mining. 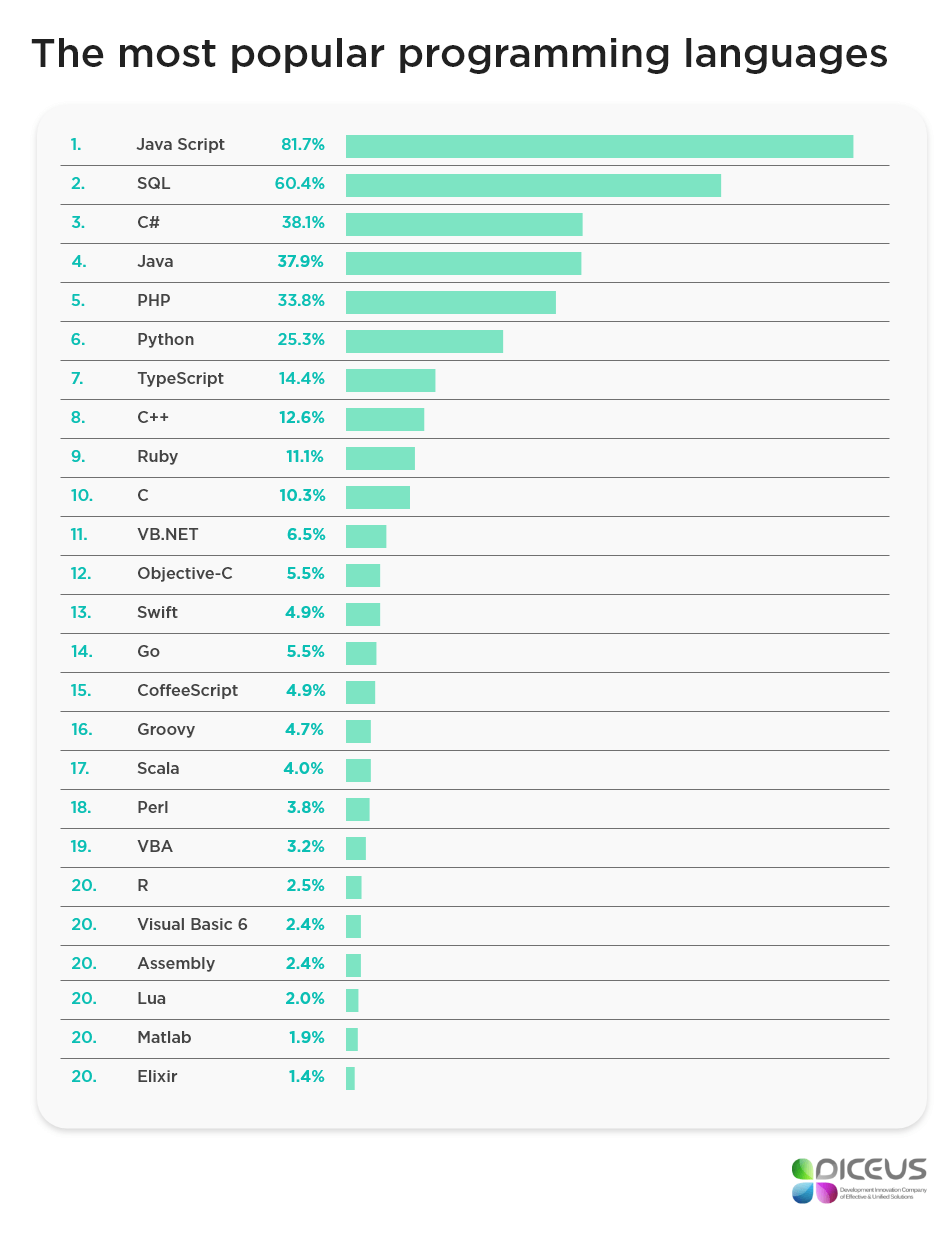 Being a general-purpose programming language, Python can be used in a number of web development scenarios, like implementing command line scripts and creating GUI and web applications. When learning Python, don’t forget to get your hands on other Python-based web development technologies and frameworks like Django or Flask for rapid development.

#Ruby and Ruby on Rails

React.js is an open-source JavaScript library developed and maintained by Facebook, facilitating developers to build interactive user interfaces and single-page or mobile applications. Simplicity, flexibility, and versatility are three main aspects that make React.js one of the most sought-after web development technologies. 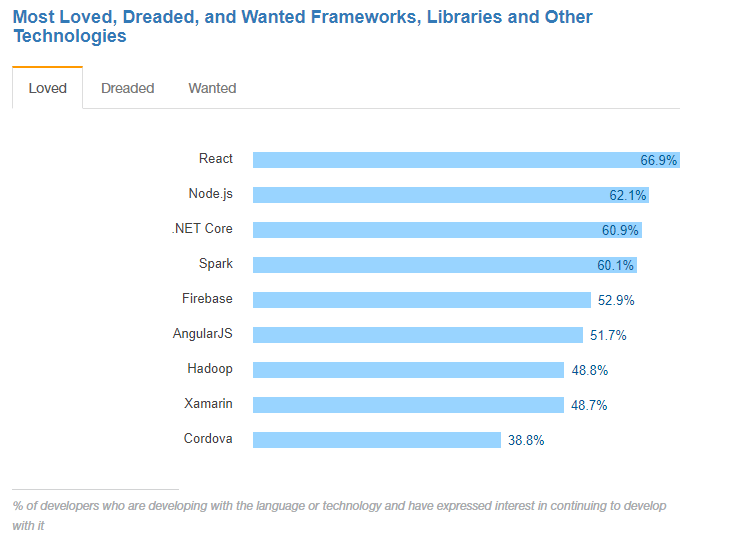 And if you’re looking for something really lightweight that offers everything you get with Angular and React web development technologies, Vue.js – another open-source JavaScript framework – comes to your rescue. With over 167k stars on Github, the demand for Vue.js developers is constantly growing since more and more companies are adding this progressive JavaScript framework to their web development technologies stacks.

ASP.NET is an open-source server-side web framework for building dynamic and modern websites, web applications and web services using the Microsoft’s .NET framework. Coupled with MS SQL, Microsoft’s own version of the SQL database, it allows developers to create simple, fast and scalable websites and apps based on leading-edge web development technologies like HTML5, CSS, and JavaScript. 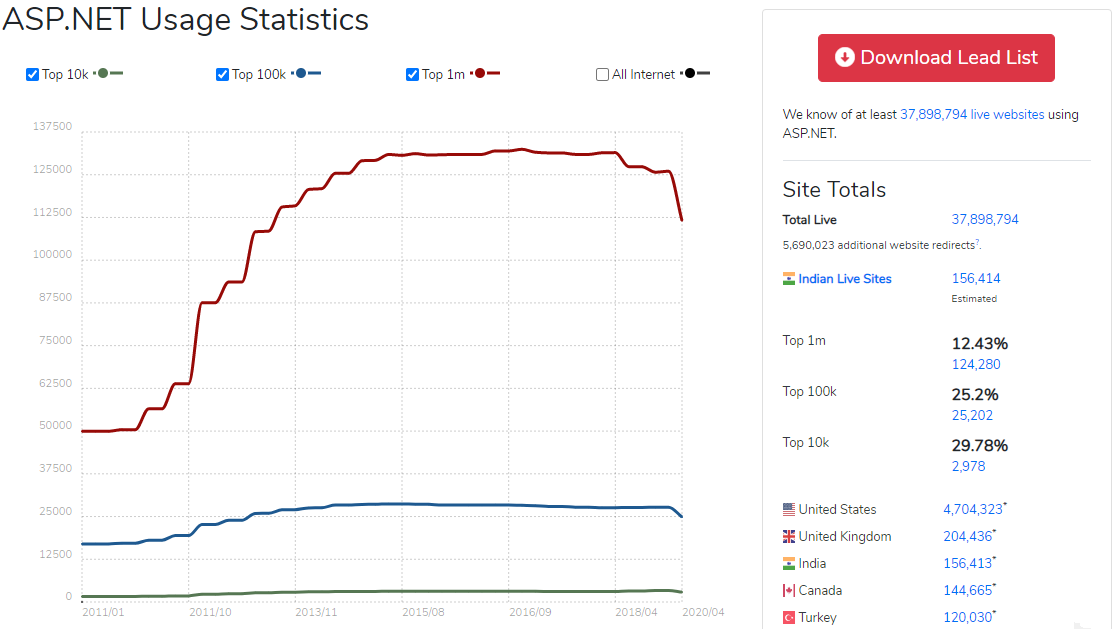 Owing to its MVC architecture and unparalleled support for Windows, ASP.NET and MS SQL are proudly being used by several world’s leading brands like GoDaddy, Dell, Diply and Stack Overflow. Since .NET has now become completely open-source, you can expect ASP.NET to become even more popular as one of the main web development technologies in 2020 and upcoming years.

When it comes to cutting-edge backend web development technologies, Laravel comes in advance. Right from the day it was launched, this open-source PHP Framework has been helping web developers to build state-of-the-art web applications based on the model– view–controller (MVC) architecture. 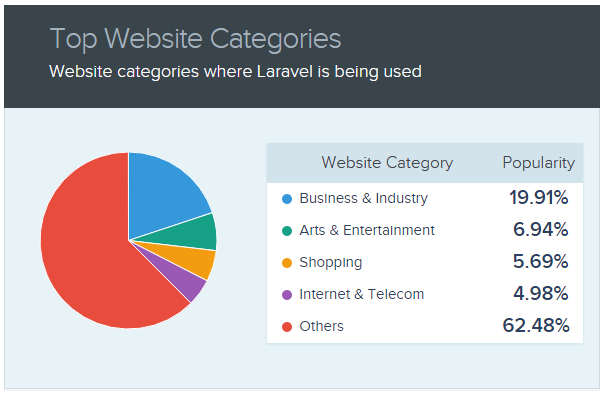 The main reason why Laravel is counted among the best modern web development frameworks is its unique set of features inspired by other non-PHP frameworks such as Ruby on Rails and Django. Consisting of several handy object-oriented libraries, Laravel makes the web application development much faster, secure, and easier.

Developed and maintained by Microsoft, TypeScript is an open-source programming language that is used together with JavaScript to leverage advanced features like Static Type-checking and Function Overloading. Essentially, it is a Superset of JavaScript, allowing you to scale and address the shortcomings of JS during the development of large-scale applications.

With the introduction and growing popularity of Angular (not to be confused with AngularJS), TypeScript has gained a lot of traction as one of the most trending web development technologies in last two years. So if you’re going to learn Angular 2, make sure to become well-proficient in TypeScript first.

Although Swift is an open source general-purpose programming language developed by Apple for macOS, iOS, watchOS, and tvOS, it is now gradually being ported to the web with the introduction of various web development technologies and frameworks such as Perfect, Vapor, and IBM’s Kitura.

With its continuously growing popularity and usage, it will undoubtedly be one among the main web development technologies in the near future. So consider Swift if you want to be an expert in both the mobile app and web development.

Often referred to as “Golang,” Go is a relatively new open source programming language that Google introduced back in 2009. It helps developers build simple, reliable, and efficient websites and web applications that do not take up much memory.

One of the main reasons why this language is so popular is its minimal syntax and smooth learning curve. According to a survey carried out by HackerEarth, Go scores as the top language professional developers want to learn in 2020. 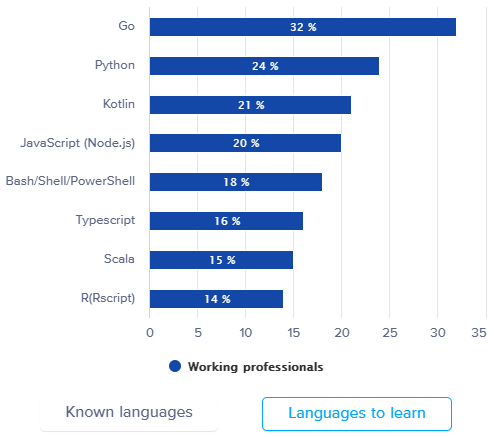 Being extremely lightweight and having active support of multi-threading, Go has become the go-to choice for businesses relying heavily on distributed systems.

Artificial Intelligence (AI), with its subset Machine Learning, is another cutting-edge technology that is piloting an exemplar shift in the world of web development.

While this innovative technology is already being used aggressively by the world’s top firms such as Google, Apple, Microsoft, Facebook, Twitter, and others, AI has a profound impact on WordPress in the form of plugins as well.

The most widespread use of AI and Machine Learning in web development is Chatbots (or often called the Bots) that offers you an effective way to premium quality customer services. Other prominent usages include analytics and multitasking solutions.

According to a survey conducted by Constellation, the AI market will surpass $100B by 2025, and so we can say, AI will not lose ground in 2020. 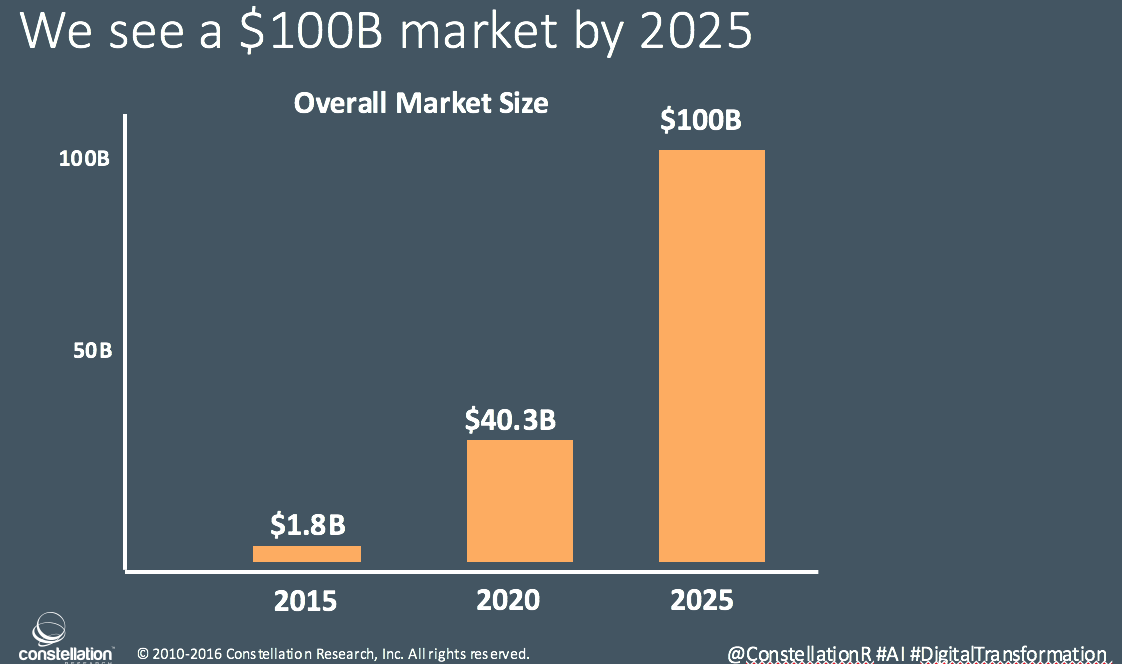 Because of being highly efficient and powerful, Blockchain technology can bring revolutionary changes to web development space in terms of data security and transparency.

While this breakthrough technology is paving its way to reshaping the future of mobile app development, it is also gradually transforming the way WordPress works.

Especially businesses from the financial, the educational, and healthcare sectors firmly believe their data is more secured with Blockchain as it does not require any intermediaries.

With global spending on blockchain solutions projected to reach $15.9 billion by 2023, Blockchain is all set to be the most demanded web development technology in the time to come. 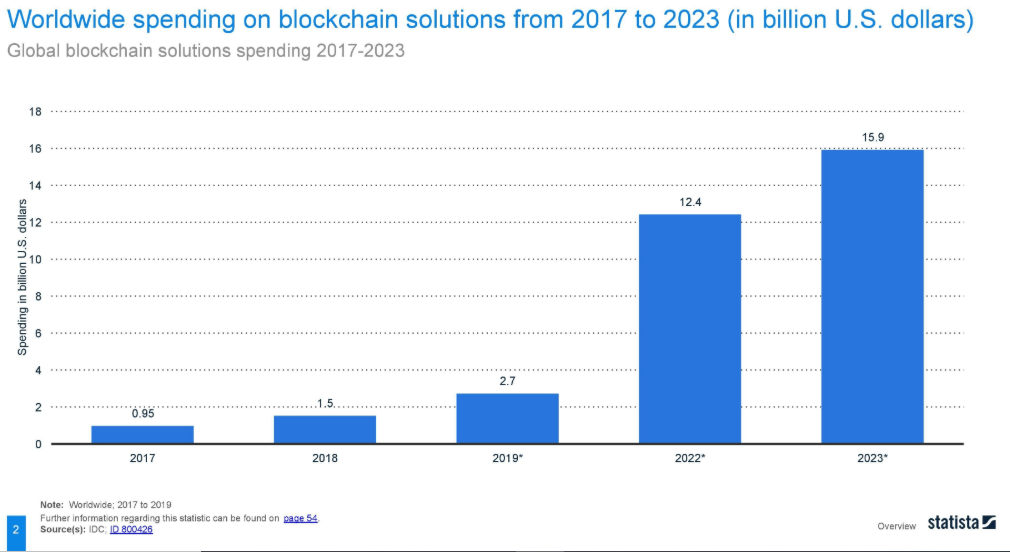 Another trending web development technology is the much-talked-of Internet of Things. You can find its use in all domains, from healthcare to education to logistics.

Smart devices, such as Smart TV, Smart Watches, and Smart voice assistant speakers like Siri, are now a part of our daily life.

All these devices run through websites and mobile apps, which is an ideal example of integration between software, hardware, and the Internet.

This integration is continuously rising and will control the direction of web development in the years to come.

Gartner forecasts that there will be around 25 billion interconnected IoT devices by 2021. This unbelievable rise in the number of IoT devices will have a profound impact on web development in the coming years.

Over the past couple of years, the rapid growth in internet speed access to the general public has facilitated the users to consume bandwidth-heavy content, like live videos, 360° images, 360° videos, virtual reality videos, interactive videos, and more.

Consequently, numerous reputed companies like Google, YouTube, and Microsoft leveraging the power of AR and VR on their websites. For instance, nowadays, you can watch original recordings and YouTube recordings on VR headsets.

With WordPress now offering a variety of 360° view plugins as well as supporting the embedding of 360° photos and VR content, AR and VR are all set to change the way how websites and applications interact in the future.

Although Kotlin is the preferred language for Android app development, it is now being used to creating web applications and services through web frameworks such as Ktor, Javalin, Spark, and Jooby.

Like Swift, Kotlin has also started gaining traction among web developers, and therefore we can expect it to be among the trending web development technologies in 2020 and beyond.