Let’s briefly compare React Native vs Native App Development and understand when to use which platform for mobile app development. Krishnendra 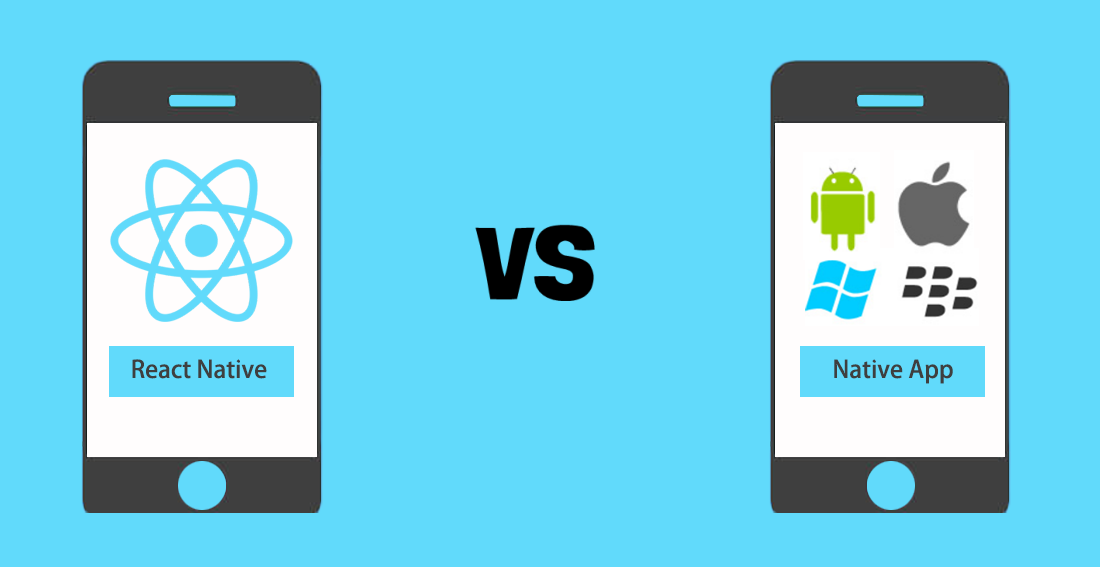 When it comes to developing a mobile app for any startup, business or enterprise, you have to make a choice between two decisions: whether to develop two separate apps for Android and iOS using the native languages and tools or develop a single app using React Native on both platforms. While both routes empower you to build well-functional mobile apps for both Android and iOS platforms, they are quite different from each other. Let’s briefly compare React Native vs Native App Development and understand when to use which platform for mobile app development.

React Native is an open-source JavaScript framework developed by Facebook to help developers build mobile applications for iOS and Android platforms simultaneously. Let’s take a look at some reasons to choose or not to choose React Native for mobile app development.

Single Code Base: One of the best things about React Native is that developers have to write a write a single code base that runs on flawlessly on all platforms – whether it is Android or iOS.

Less Development Time: Since developers have to write a single code base, it saves a lot of their development time and efforts.

Ease for Web Developers: Since React Native is a JavaScript framework, it makes much easier for a web developer to move from web to mobile app development.

Open Source: Being an open-source JavaScript framework, React Native gives developers the opportunity to inspect the code. This not just help them understand the framework better but also allow them to contribute to its development and improvement.

Hot Reloading: Taking advantage of this unique feature, developers can view the changes they are making to the app in real time on the device where the app is running.

Lack of Native Elements: The biggest disadvantage of React Native is that it restricts developers from using the native elements of the device, such as Camera and Voice Recorder.

No Support for All Native APIs: Unfortunately, React Native supports only some of the most popular Native APIs, not all the native APIs.

API Access: Unlike React Native, Native Development allows developers to make use of all the device’s APIs and its inbuilt functionalities.

Third Party Libraries: Native Development community is much bigger than the React Native development and therefore there are countless third-party libraries to choose from.

Strict Languages: Objective-C, Swift, Java, and Kotlin – all these languages are strict which makes hidden errors easier to detect before you even run the code.

Development of Multiple Apps: Since native development doesn’t offer a single code base for all platforms, it requires businesses to invest in multiple apps for multiple platforms.

High Development Time and Effort: As the developer has to develop the app from the scratch for each platform, the overall cost of app development increased manifold.

When to Use React Native

React Native can be a perfect choice for mobile app development, if:

When to Use Native App Development

You should opt for Native App Development, if:

Contact us to get a custom quote for React Native or Native App development services.

Krishnendra is a highly experienced and qualified Technical Content Writer with a demonstrated history of working in the mobile app and web development industry. With over 8+ years of experience in crafting SEO-optimized technical content, he produces research-backed and data-driven content based on the latest trends and technologies. He is a born word fanatic who thinks out of the box and loves to create insightful content that people want to read, comment and share. Connect with him on LinkedIn.