For years now, Java has been the standard programming language for developing Android apps. However, this doesn’t necessarily mean it is always the best choice for Android developers. Just like any other programming language, it also comes with a set of limitations, like being old, verbose, error-prone and slower modernization, which makes it a less preferable option for developers. To deal with challenges presented by Java, Kotlin for Android developers is a worthy alternative!

Kotlin is a new programming language developed by JetBrains – a Russia-based software development company. Based on Java Virtual Machine (JVM), this open source language has been adopted by Google as an official language for Android app development.

Billed as a statically-typed programming language to develop modern cross-platform applications, Kotlin comes packed with Android Support Studio and offers developers everything they need to make their app development process as quick and flawless as possible.

Why Kotlin is an Ideal Choice for Android Developers?

Even though Java established itself as a robust and official language, we can’t deny that it is now an old-school language that has several disadvantages from the programming point of view. Let’s take a look at some of the key features of Kotlin that make it better than Java and the programming language of choice for Android developers:

If you’re already proficient in Java, learning Kotlin would not take your lot of time. By just reading the language reference, you can learn the basics of this new language in just a few hours. Although learning the advanced features of the language may take some time, it is not as difficult as you think.

Kotlin has been designed in such a way that it saves developers from writing any boilerplate code and encourages them to focus more on expressing their ideas. If we compare it numerically, applications developed with Kotlin have around 20% less boilerplate coding than those built in Java.

This is probably the main reason behind the rapid adoption of Kotlin. Being completely interoperable with Java, Kotlin allows developers to use Java frameworks and even mix commands in their application code. Conversely, you can also call Kotlin code from Java.

It Is Much Safer than Java:

Also known as ‘the billion dollar mistake’, NullPointerExceptions (NPE) in Java has always been one of the most common reasons for app crash. With Kotlin, this is now a thing of the past as the new language offers null safety to eliminate the null references errors from the application code.

Since Kotlin is an open source language, you don’t have to spend your hard-earned money on getting your existing Java files programmed to Kotlin. Using Java to Kotlin converter tool, you can convert your complex code to simpler without compromising with time and quality.

Some Popular Examples of Android Apps built with Kotlin 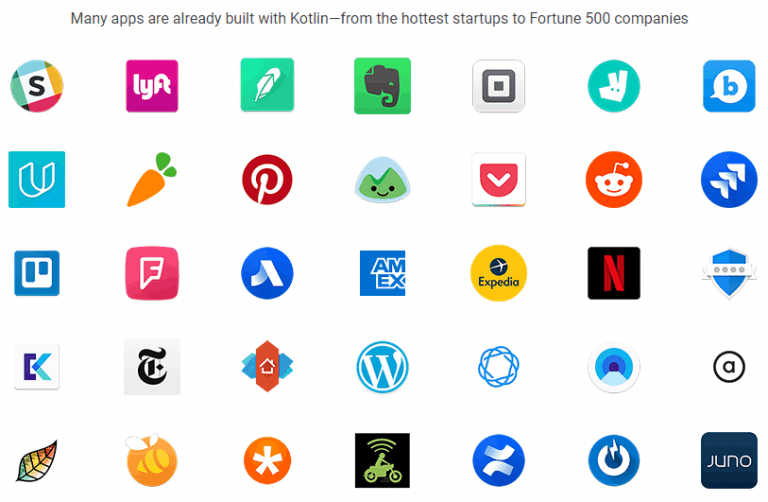