When it’s about developing a high-quality custom Android app in the least time possible, you need the right set of Android libraries to accelerate your app development process. Saving you from reinventing the wheel, Android libraries not only save you a lot of time and effort but also help you quickly develop an app that is entirely bugs-free.

So, without further ado, let’s jump right into the list of the best and most useful Android libraries of 2020, which will help you make the development of your next Android app hassle-free and fun!

Spruce is a lightweight and fast animation library that helps developers choreograph the animations and implement complex multi-view animations.

To make sure that developers can use the library out of the box, it offers eight stock SortFunction implementations:

With this handy library, you can add a beautiful ripple animation to your Android applications. You can also change their color, wave speed, and ripple count.

This library is quite useful for activating a click answer button or an incoming phone call.

Built by Airbnb, Lottie allows you to renders Adobe After Effects animations natively in real-time on Android devices.

Inspired by an iOS view shaker library, AndroidViewAnimations is a lightweight and straightforward Android library designed to help you create real animations for view shake. You can also change the duration as well as repeat animations.

The library offers a wide range of animations, including but not limited to: 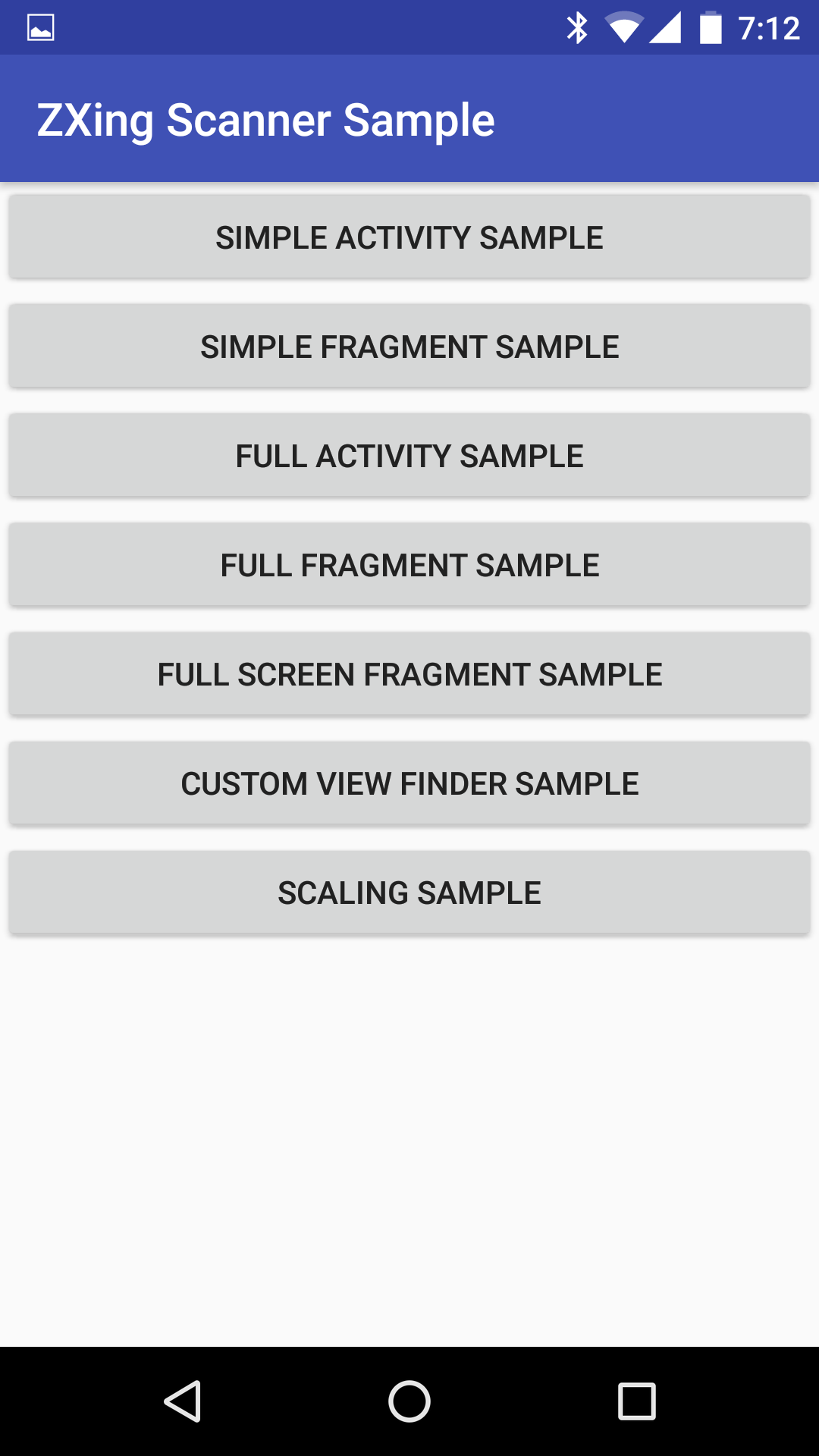 The library supports a variety of 1D and 2D formats, including QR Code, Codabar, and UPC/EAN Extensions.

Built on the top of Google Mobile Vision API and RxJava, SimpleBarcodeScanner is another barcode scanner library for Android. 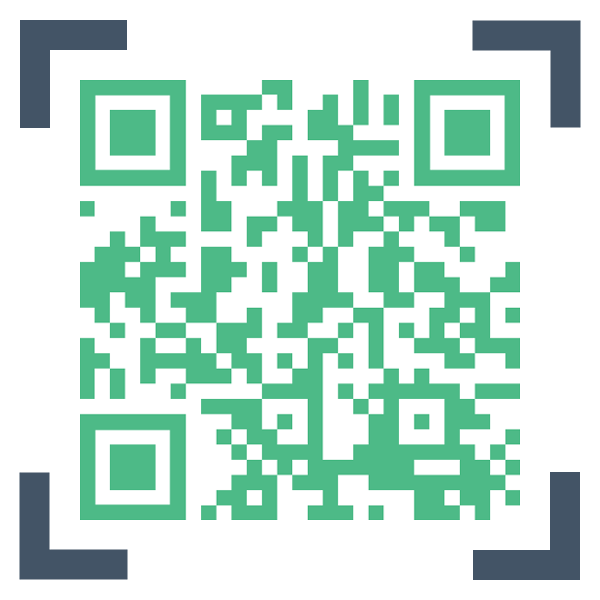 KBarcode is an ultra-light and high-quality production-ready Android library to implement barcode scanning. It leverages the power of Firebase to return barcodes and process the frames.

MVBarcodeReader is one of the most popular Android Barcode scanner libraries, which makes use of Google Play Services’ mobile vision API to detect barcodes. It offers three scanning modes:

GraphView is a Chart and Graph library for Android to programmatically create flexible, zoomable, scrollable, and nice-looking diagrams.

Graph types supported by GraphView are:

EazeGraph is one of the widely used Android chart and graph libraries for creating beautiful and fancy charts. 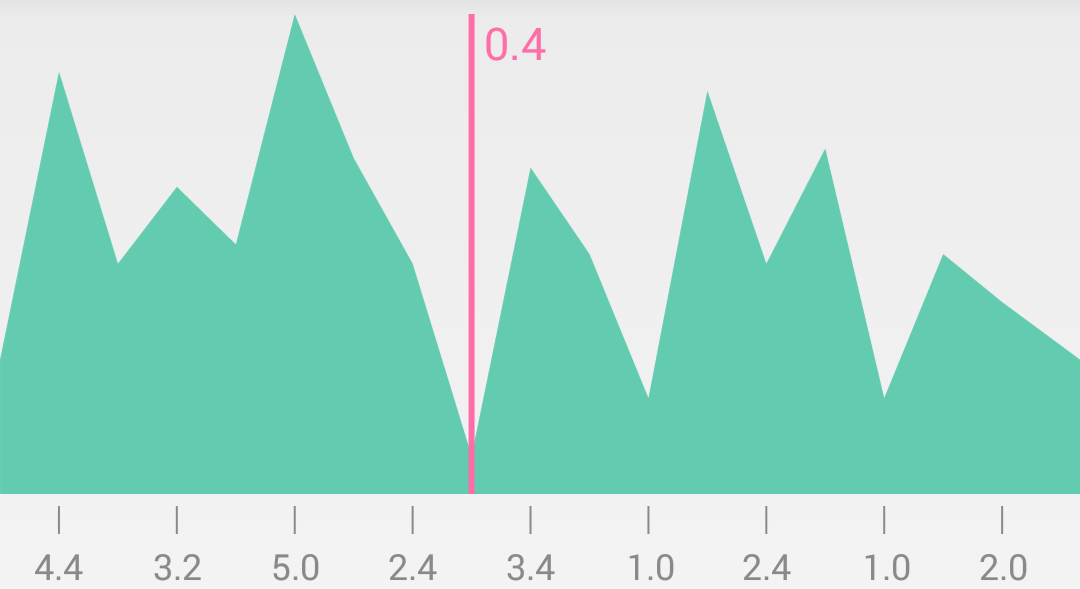 MPAndroidChart is a powerful and easy-to-use chart view/graph view library for Android, supporting line, bar, pie, bubble, radar, and candlestick charts along with functions like scaling, panning, and animations.

HelloCharts is an Android Charts/graphs library that lets you add unique and pretty charts to your applications. It’s compatible with API 8+ and produces chart types that are well-optimized for mobile devices.

If you’re looking for an Android library to create a chart with a progress bar style, ChartProgressBar is a perfect option for you. 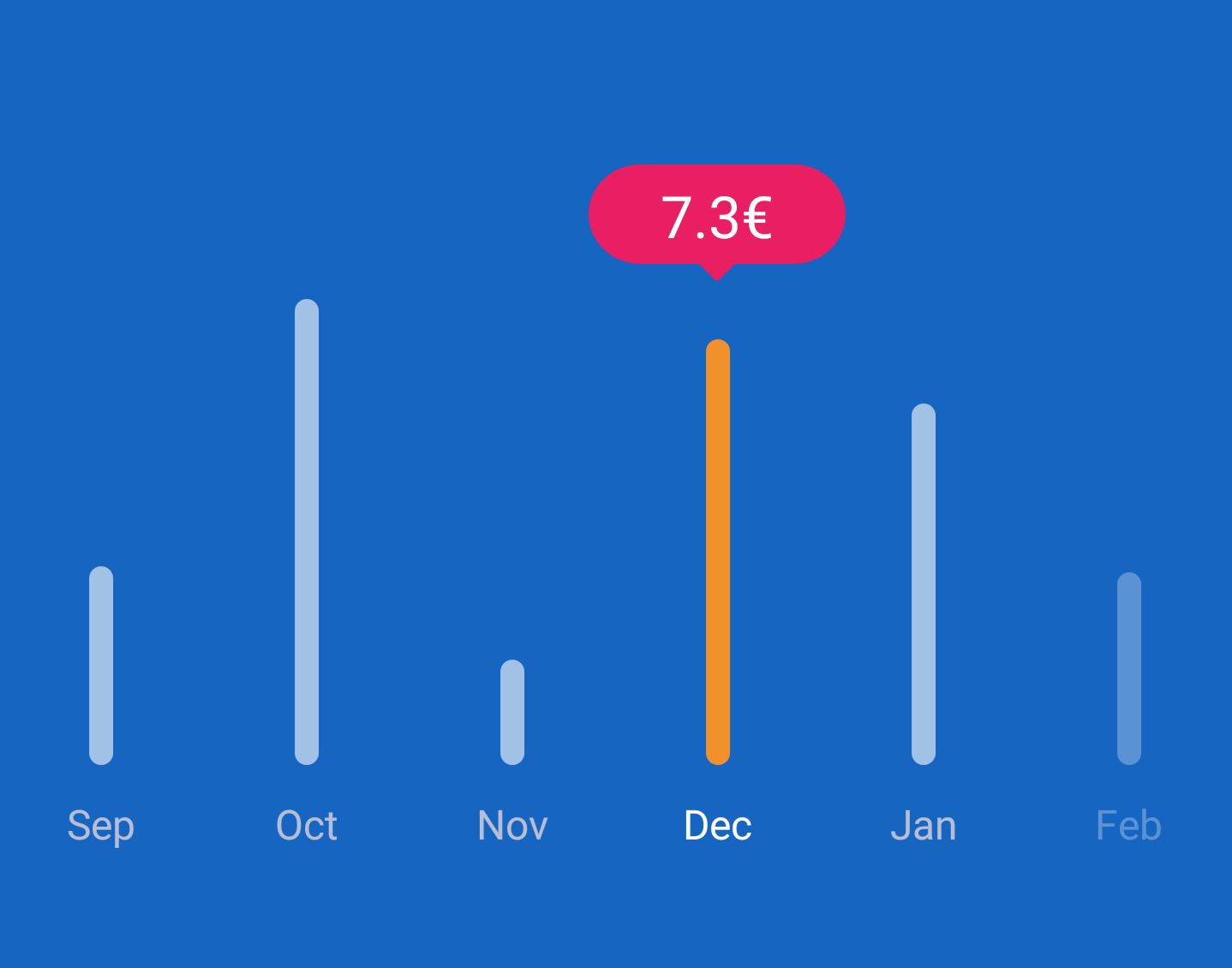 An easy to use Android library combining a header list that scrolls automatically in coordination with the page contents.

A lightweight, robust, and beautiful material Calendar Widget with several out of the box features, including infinite vertical scrolling, range selection, color customization, and a lot more!

Inspired by Instagram emoji slider sticker, EmojiSlider is custom made SeekBar that is highly customizable and extremely rich in emoji.

A Material Design component that is compatible with SDK 17+ and allows you to integrate stepper widgets with your Android applications. The library currently offers only a Vertical style stepper view. You can customize normal/activated point color, done icon, set animation duration, and enable or disable animation as well.

MaterialDrawer is a highly flexible, all in one drawer library for your Android projects, featuring full drawer customization, a quick and simple API, account switcher, dark and light themes, and more. 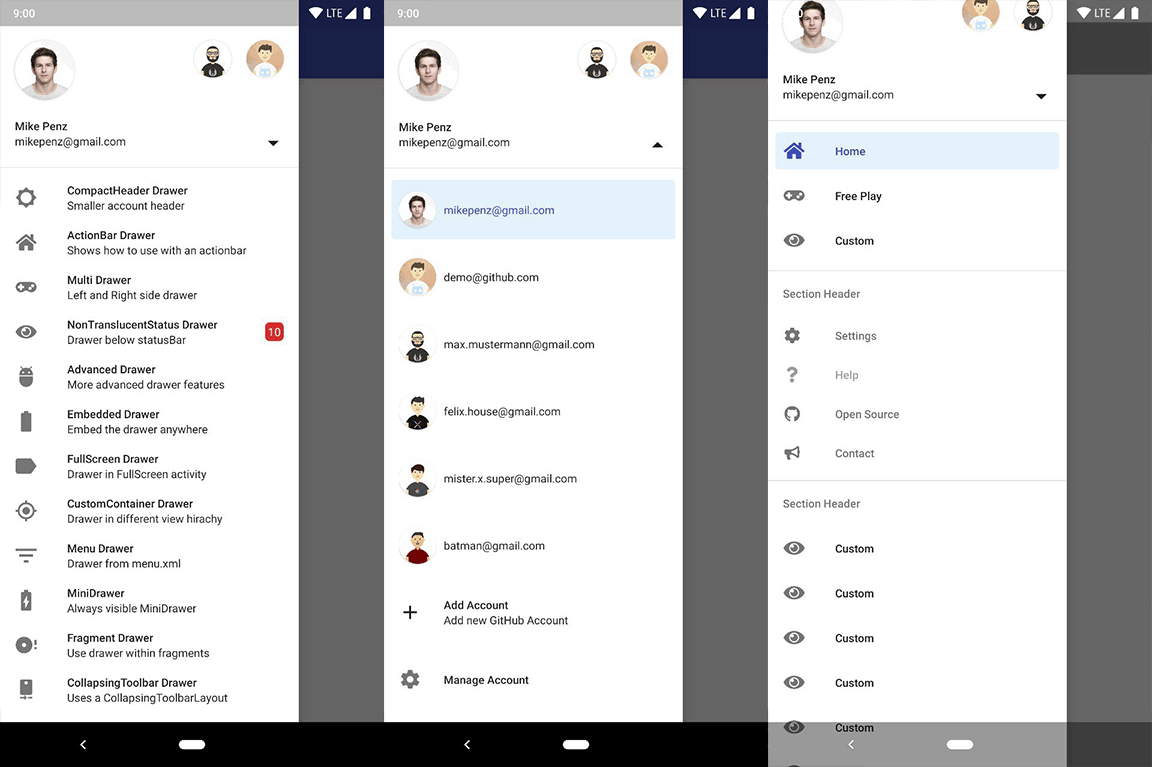 Covert is an easy-to-setup Android library that allows you to implement Material Swipe Actions in a RecyclerView with ease. It is built with Material Design principles in mind and comes with thorough documentation to help you get started quickly – in just three simple steps. While Covert tries to keep the set up as simple as possible, it also supports a more advanced setup.

OkHttp is designed to be the most efficient HTTP client. It supports the SPDY protocol, which is the base of HTTP 2.0. Key features include connection pooling, response caching, both synchronous or asynchronous calls, and automatic GZIP compression.

Ion is a simple yet powerful HTTP networking library for Android. Due to a strong focus on asynchronous networking and image loading, it’s more suitable for reusing connections, displaying images, and canceling requests taking too long. 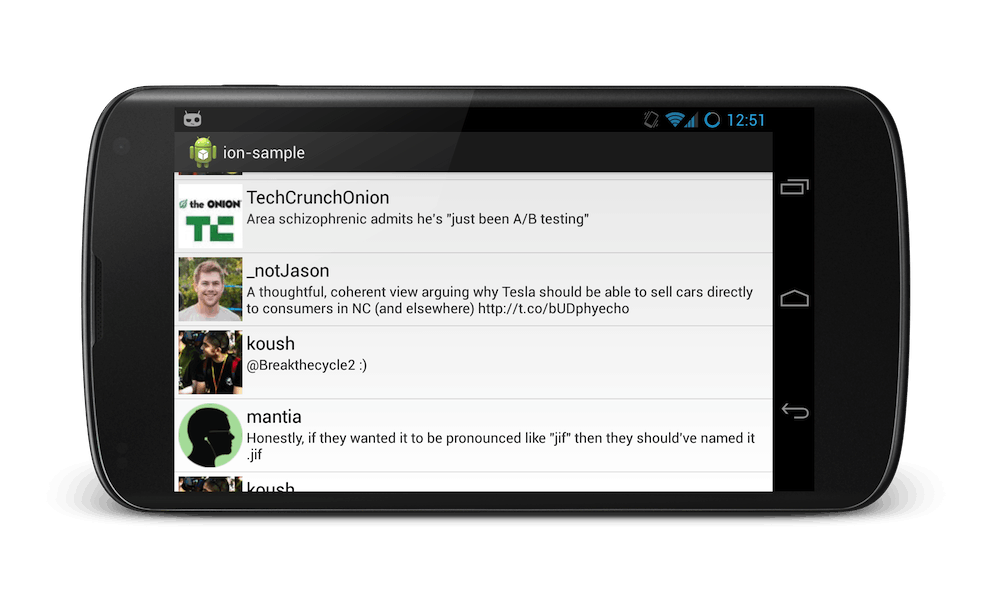 With Retrofit, not only you can define your REST API as an interface in one or two lines of code, but also you’re able to manipulate a number of components via annotations. Moreover, it also offers:

Fresco requires Android 2.3 (Gingerbread) or later and loads images from the network and local storage or resources. Additionally, it also supports:

PixelShot is an easy to use and intuitive library that you can use to save any View, SurfaceView, and RecyclerView in your Android application in either PNG, JPG, or .nomedia formats. The default image format is JPG and images are saved to Pictures folder in your internal storage with a timestamp next to each image.

PixelShot works as an asynchronous thread in the background, deals with I/O errors, and handles memory allocation for you. You can use it for a number of scenarios, including taking screenshots inside your app to report a bug or improvement.

The way how Android handles APIs and loads images and videos locally or from download has never been efficient for the system and Glide is introduced to deal with the same problem. With a clear objective of facilitating smooth scrolling, it ensures the quick and smooth loading of remote images into the ImageView.

Additionally, Glide also allows you to define fallback images and scale or cache your images. You can do even more complex image stuff, such as media decoding, fetching, resource pooling, displaying video stills and animated GIFs, through a simple and easy to use interface.

Picasso is an exceptionally powerful image downloading and caching library for Android to simplify the process of displaying images from external locations – often with a single line of code. Additionally, the library supports ImageView recycling, automatic memory and disk caching, and complex image transformation the least possible memory use.

#Bonus Libraries Worth Checking Out

Moshi is a well-known library used to convert JSON into Java and Kotlin objects. A lot of developers call it the next level of GSON library because it supports Kotlin and is much faster. As compared to GSON, Moshi is less configurable, has fewer built-in type adapters, and doesn’t have a JsonElement model.

With Moshi, converting your Kotlin classes to JSON (and vice-versa) is particularly easy. Additionally, it supports reading and writing of various Java’s core data types, including Primitives, Enums, Strings, Lists, Maps, and Collections.

ColorPicker is a simple and easy to use color picker for Android, using which you can pick the required color using a color wheel and a slider. Released under Apache 2.0 license, it works with API 14 and offers good documentation to get you started easily and quickly. If you need a color picker in your Android application, you should give it a try!

Splitties is a collection of small, independent Kotlin multiplatform libraries that are intended to make developing apps and libraries for Android easier and more fun. It primarily aims to reduce the amount of code you generally write, save the time you spend reading and writing code, so you can focus more on what you want to deliver to your users.

Since all the Android libraries are distributed and independent in Splitties, you have the freedom to add only the ones you need to your project. What’s more, each library has a small footprint and is as efficient as it can be.

Mozilla Android Components is a suite of independent, reusable libraries to make it easier for Android developers to build browsers and browser-like applications.

Released under MPL 2.0 license, the project contains nine sample apps to showcase how to use various components. The main purpose of this library is to accelerate mobile app development and reduce maintenance overhead.

One of the important aspects of any application is performance. There is a multitude of things that affect the app’s performance and Leak Canary is a memory leak detection library built to deal with the same problem. 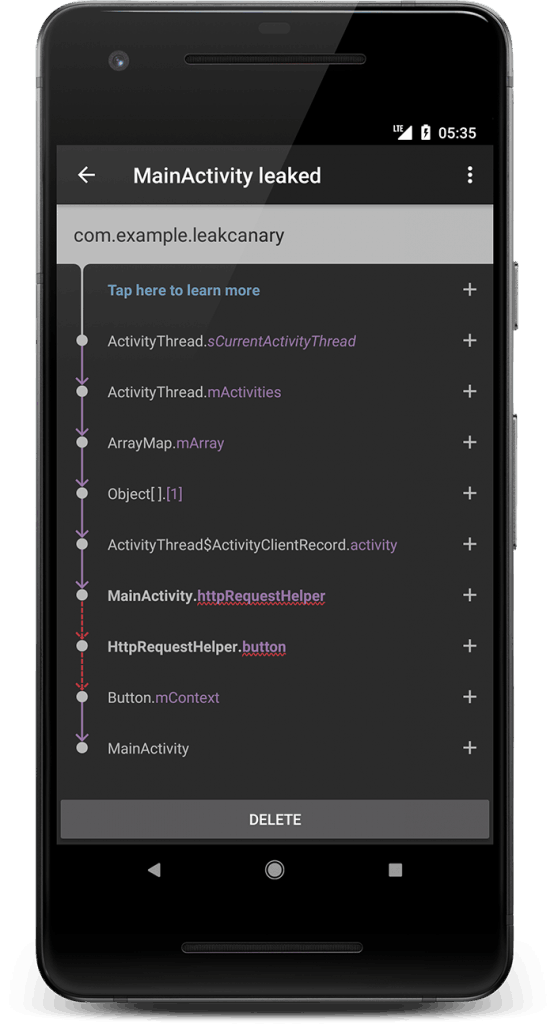 Allowing you to detect memory leaks in your app, it helps you find the main cause so that you can make the necessary changes in your app to boost its performance.

EventBus is an open-source library for Android that uses the publisher/subscriber pattern to event senders and receivers. With just a few lines of code, it simplifies the communication between different components such as Services, Threads, Fragments, Activities, etc.

Along with simplifying your code and removing complex and error-prone dependencies, EventBus speeds up your Android development with several advanced features like subscriber priorities, delivery threads, etc.