Angular 7 – Let’s Know About the New Features and Improvements

Owing to its unmatched efficiency, flexibility, and extensibility, Angular has been one of the most popular JavaScript frameworks for developing single-page web and mobile applications. Since its release back in 2010, it has undergone several upgrades, each of which has improved the framework in some way or another.

As a recent instance, while the dust has not yet settled on the release of Angular 6, the Angular team is back again with a new version of the framework, named Angular 7. Unlike the previous version that was mainly focused on making the framework smaller and faster, Angular 7 emphasizes primarily on improving the speed and performance of the platform.

As a prominent web development company, we love to keep ourselves updated with the latest trends in web development and therefore decided to dedicate a post about Angular 7. So without further ado, let’s check out what’s new and exciting in Angular 7.

The Angular team has been consistently working on improving its toolchain and the new CLI Prompts are no different. In Angular 7, the CLI responds with prompts when developers run commands such as ng new and ng add. This improvement has been brought to help developers leverage built-in features like routing, SCSS support, and more. The new CLI now even lets you select between SCSS, SASS, LESS, and Stylus.

Since the development team at Google has always been passionate about improving the performance of the framework, they have introduced two major changes in Angular 7:

Removal of the reflect-metadata polyfill:

After noticing a large number of developers were using reflect-metadata polyfill in production builds, the team Google has decided to automatically remove this polyfill from the polyfills.ts file in Angular 7. Given that the reflect-metadata polyfill is only required in development, the file will be automatically included as a build step when you build your Angular 7 app in JIT mode.

In Angular 7, the size of a new project gets restricted through Bundle Budgets by default. As soon as your initial bundle size reaches 2MB, you start getting warnings and errors when it has a size of 5MB.

Need a little more space? You can easily change these default settings to suit your Angular 7 project through the angular.json file containing the following code:

If you’re the one who uses Chrome’s Data Saver feature in Angular Application Development, you can take advantage of Bundle Budgets to optimize network data usage of your application. 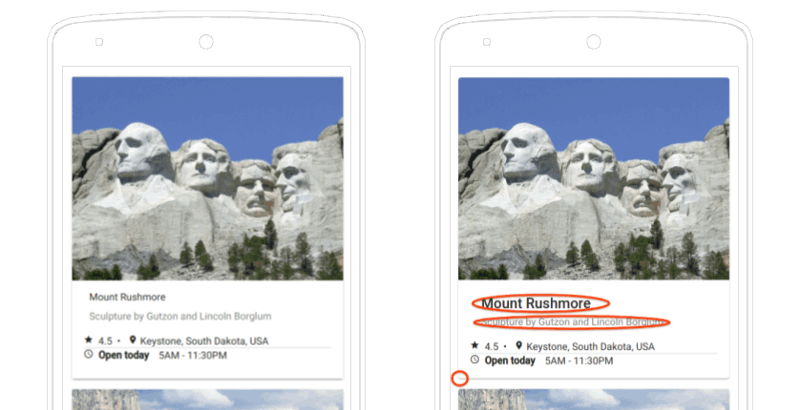 The Component Dev Kit, which is a part of the Angular Material library, also received some new handy features as part of Angular 7 update. The two new features that have been added to the Angular 7 CDK are:

Be it Facebook, Twitter, Instagram, or any other platform, the world’s prominent web applications are full of lists that deal with a large amount of data. Such lists can consume a lot of memory on user’s browsers unless they’re well-optimized by their developers.

Given that many popular mobile frameworks, like Ionic, are now taking advantage of Virtual Scrolling to dynamically load heavy data such as images or long lists, the Angular 7 team has added a new element, ScrollingModule, to the CDK. Below is the code that you have to include in your app.html file:

Enabling Virtual Loading and Unloading of the items from the DOM on the basis of the visible parts of a list, the ScrollingModule make the scrolling experience extremely fast for users with huge scrollable lists.

With a new DragDropModule added to the Component Dev Kit in Angular 7, you can now easily create intuitive drag and drop interfaces backed by these nifty features:

Here is how you can implement Drag and Drop feature in your Angular 7 application:

While this update may seem to be very small to many developers, the one who professionally uses Angular will understand its true importance and utility. Angular Elements, which was introduced in Angular 6 back in 2017, has started to support content projection for custom elements using web standards in Angular 7.

Since one of the major factors behind the success of Angular is its ever-growing community, the Angular 7 team has partnered up with several recently-launched community projects. These are:

NativeScript : With the introduction of NativeScript in Angular 7, Angular Developers will now be able to have a single project build for both web and mobile devices.

@angular/fire: AngularFire, the official Angular library for Firebase, has its first stable release for Angular along with a new home on npm package manager.

In addition to being partnered with community projects that have launched recently, Angular 7 has updated its dependencies on major third-party projects, including TypeScript 3.1, RxJS 6.3, and Node 10  with backward compatibility to Node 8.

Moreover, the Angular 7 team added a new Release Information section where you can get information about upcoming Angular releases and updating your Angular projects.

#Upgrading Your Angular Application to Version 7

For detailed information and step-by-step guidance on upgrading your application to Angular 7, you may explore Angular Update Guide. 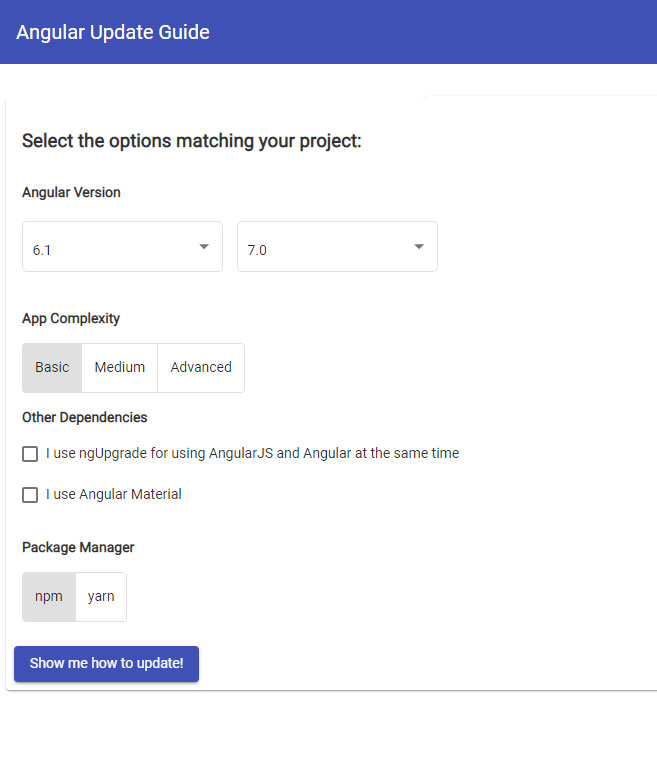 However, with the introduction of ng update in v6, upgrading to Angular 7 is now a matter of just one command for most developers.

According to Stephen Fluin, developer advocate for Angular, upgrading to Angular 7 is faster than ever and many apps take less than 10 minutes to update with the above command. Literally a cool thing!

That’s all about Angular 7! Feel free to contact us if you are looking for Angular Development Company for your next project or have any doubts regarding Angular 7.